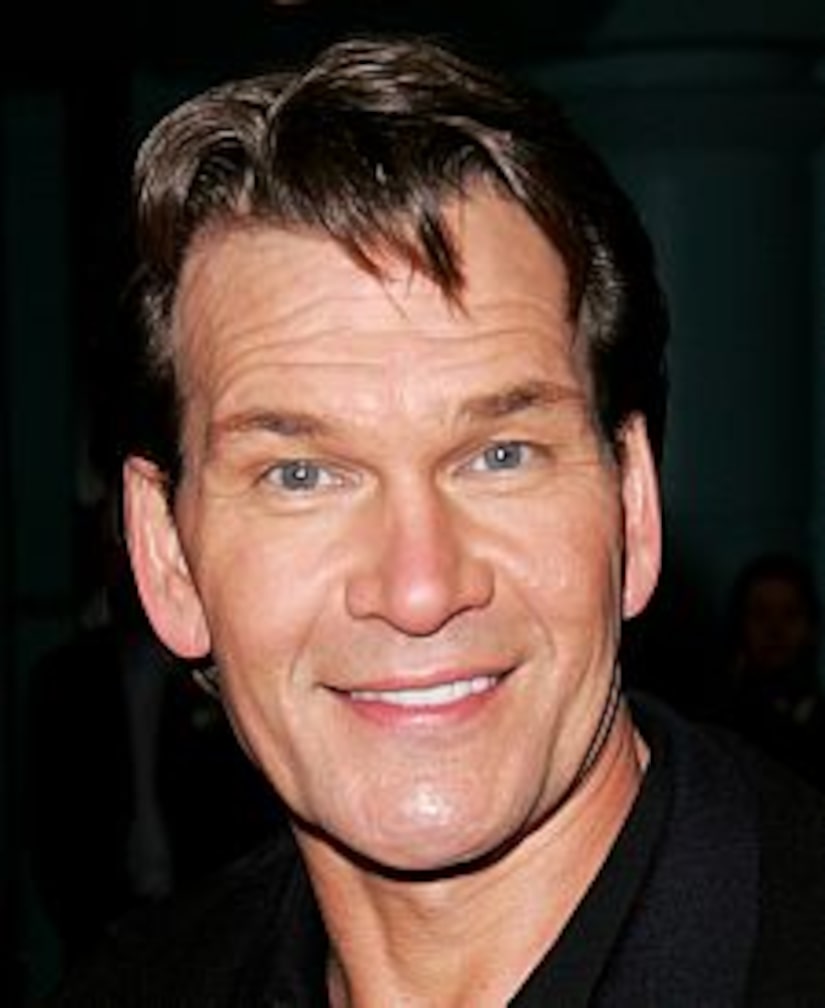 A laughing and healthy-looking Patrick Swayze rang in his 56th birthday on the set of his new series, "The Beast," in Chicago. Swayze celebrated with wife Lisa Niemi and the cast and crew of his A&E FBI series -- and they all showed support for the "Point Break" star by wearing "Crazy for Swayze" shirts.

Just six months after revealing he was diagnosed with pancreatic cancer, Patrick is "living life to the fullest," says Liz Crokin, who has been chronicling the actor's recovery on her website, TheBootsGirls.com. "He told me he was doing good -- he's gained weight, he looks great, he has an abundance of energy and he just looks amazing."

Patrick reportedly owes his improved health to a new machine called the cyber knife -- a breakthrough cancer treatment that delivers bursts of radiation with pinpoint accuracy.