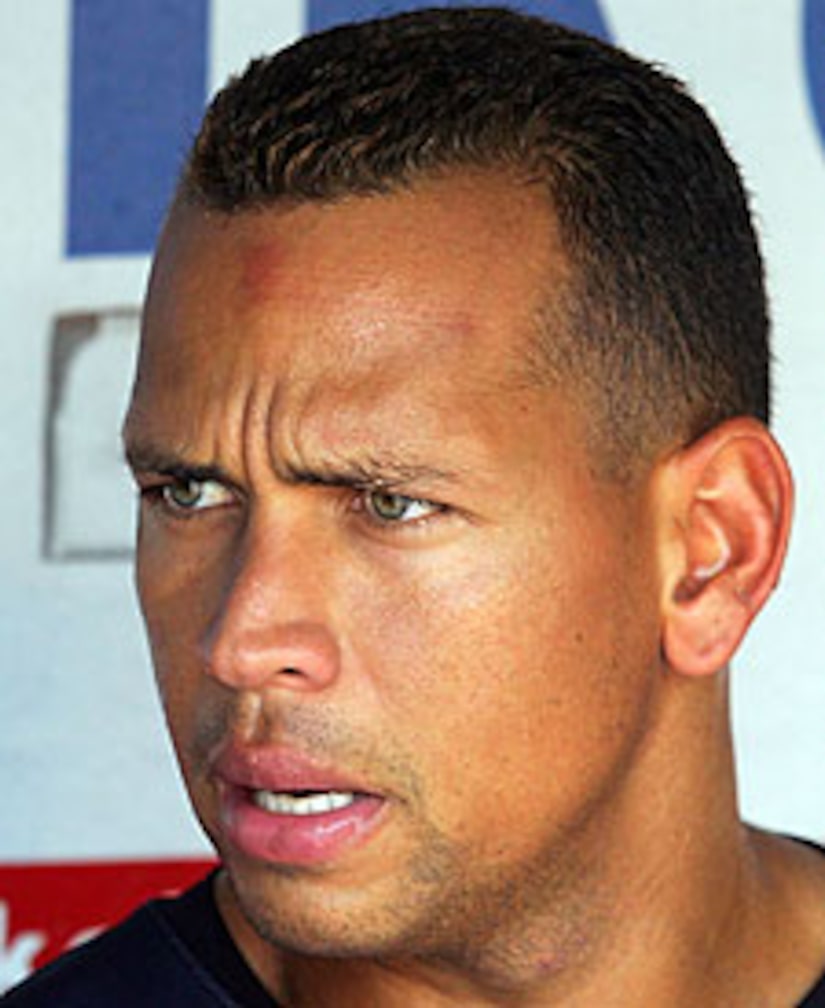 Despite rumored Yankee panky with Madonna and a public divorce from wife Cynthia, baseball star Alex Rodriguez isn't keeping a low profile! The slugger was reportedly spotted in two cities with two beauties -- in the same week.

The NY Post reports that A-Rod cozied up to a blonde Cynthia look-alike at Dan Marino's in South Beach last Wednesday, where the pair "looked to be thoroughly enjoying themselves," says a source. A-Rod spotted the flash of a pap camera and bolted, saying, "This is nothing. She's an old friend of mine -- leave us alone."

The Yankee hit the town again in NY Sunday -- with a another unidentified beauty. "He seemed in great spirits," an onlooker reported.