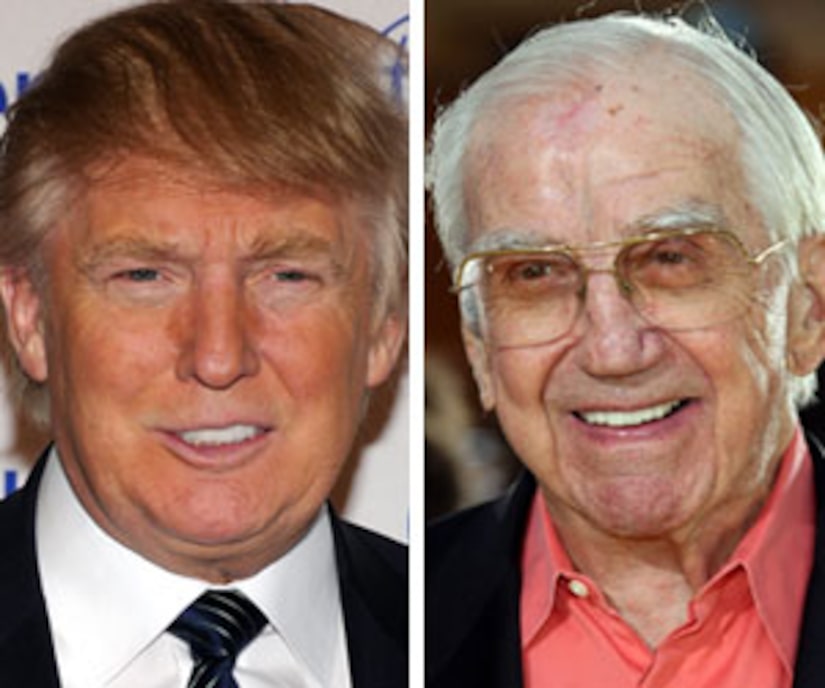 Real estate mogul Donald Trump is picking up a foreclosure bargain -- by agreeing to buy cash-strapped Ed McMahon's Beverly Hills home and allowing the former Carson sidekick, 85, to live in it.

The house had been listed at $4.6 million, and Ed paid $2.6 for it in 1990. Trump must be in a giving mood -- his son just announced that he's going to make Donald a grandfather for the second time.

McMahon announced in June that his home was facing foreclosure. Although no deal has been finalized, McMahon's publicist, Howard Bragman, has told "Extra" that he and Ed are "very optimistic, but we don't have paperwork signed yet -- but we are very optimistic." Trump recently sold his Florida mansion, Mar-A-Lago, to Russian tycoon Dmitry Rybolovlev for $95 million.