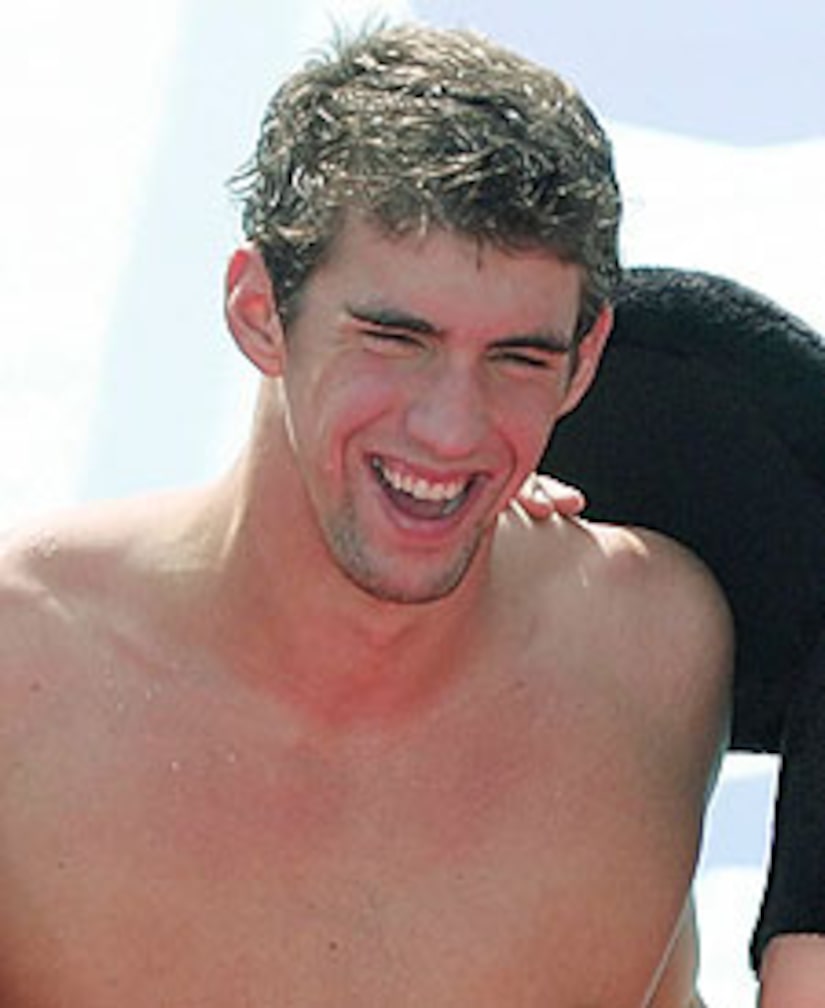 Forget the '49ers -- swimmer Michael Phelps has caused a new gold frenzy! The fish-like hunk nabbed his sixth gold medal at the Beijing games yesterday, making his total lifetime collection an even dozen medals -- making him the most decorated Olympian in history.

Phelps recently dished to "Extra" about where he keeps his precious medals stashed, saying, "I keep them in a safe." The 22-year-old hunk, who wears a size 14 shoe, may have caught the eye of country cutie Carrie Underwood, who admitted to having a crush on him -- but Michael is rumored to be taken by California beauty queen Nicole Johnson.

The Maryland native continues his medal quest in two more events in China -- and if his winning streak continues, Phelps will cause a serious tidal wave and capsize the record for most medals won at an Olympic games -- a title currently held by swimmer Mark Spitz, who won seven medals in 1972. Spitz, now 58, claims he was not invited to the games.