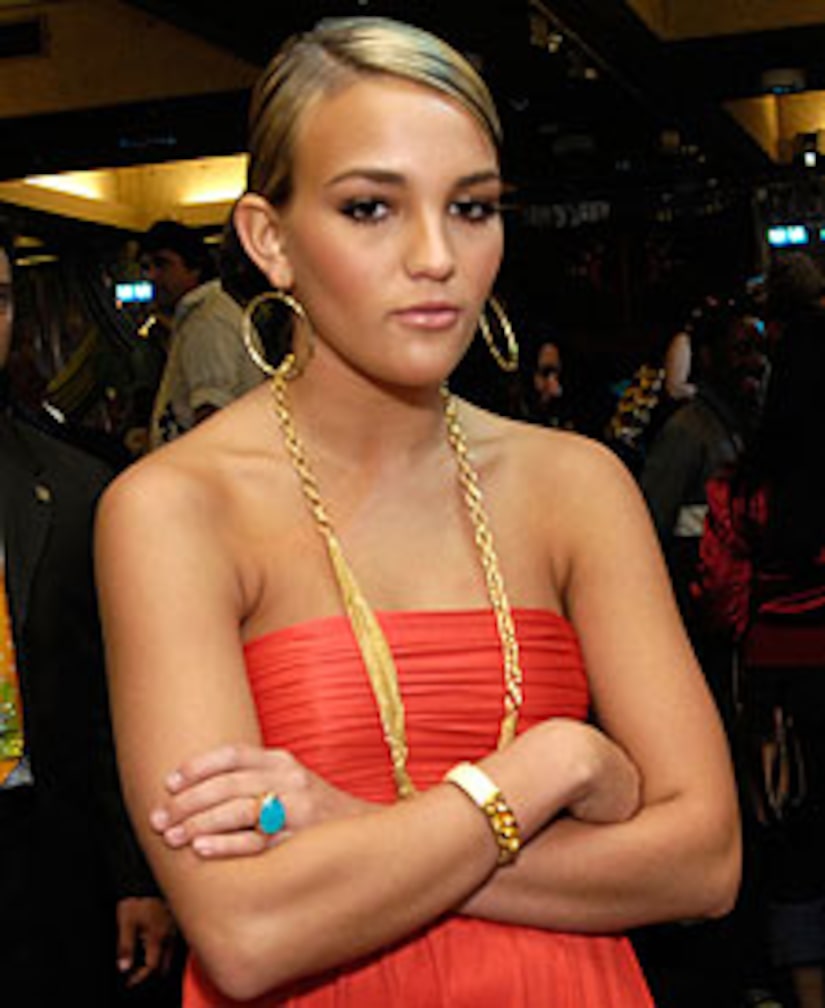 Teen mom Jamie Lynn Spears welcomed baby Maddie Briann in June, but it seems that her relationship with baby daddy Casey Aldridge hasn't been so magazine picture perfect. According to In Touch Weekly, Casey, 19, reportedly messed around with Kelli Dawson until the knocked-up "Zoey 101" star was six months pregnant!

"We were both really attracted to each other," Dawson, 28, reveals about meeting Aldridge in 2006. Casey was with Spears at the time, but Kelli insists, "You never knew if they were broken up or not, because it changed from day to day!"

Dawson shared that she and the professional pipe layer had sex until a few months before Jamie Lynn gave birth to her daughter, saying, "It just didn't feel right -- he had to deal with the baby coming, and it had to stop. Even after we stopped having sex, we would still kiss occasionally."