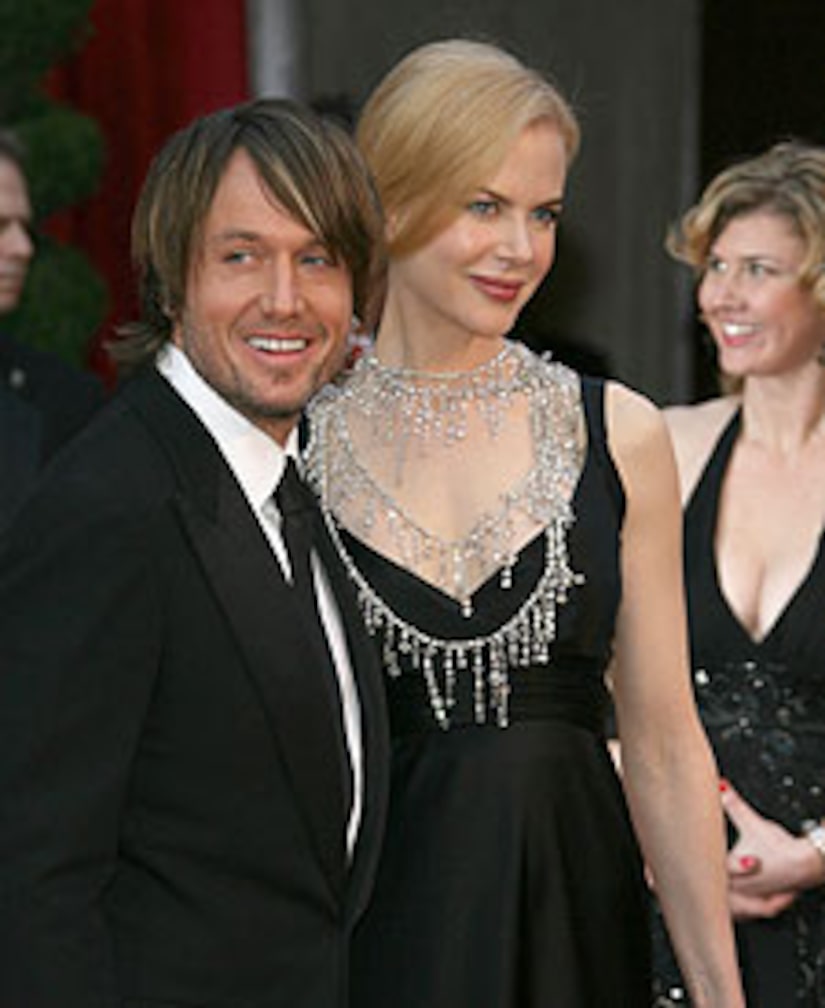 During a radio appearance in Sydney, Nicole Kidman gushed about how newborn daughter Sunday Rose resembles papa Keith Urban. Talking to 2DayFM, Nic said, "She's got a little bit of hair... it has a bit of a reddish tinge... she looks like Keith."

Kidman gave birth to Sunday on July 7th in Nashville. The Aussie native announced her pregnancy in January --one year after she and her country star hubby walked down the aisle in Sydney.

Sunday is their first child together. Nicole has two children from her marriage to Tom Cruise, Isabella, 15, and Connor, 13.