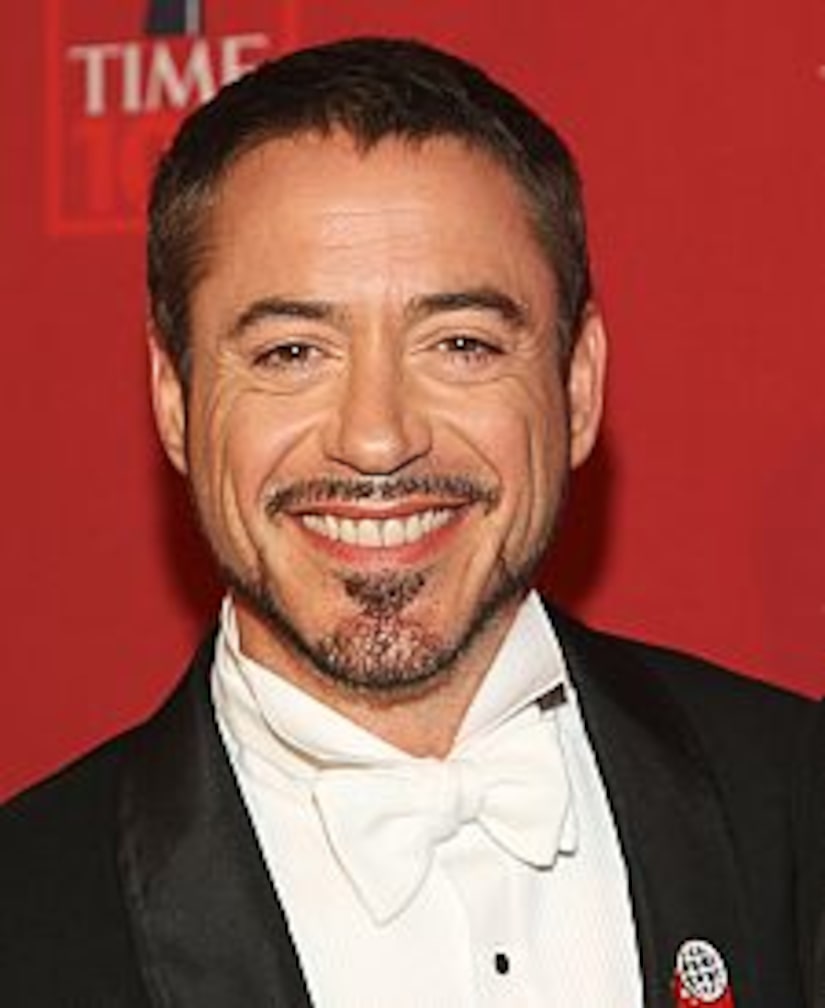 Rumors are swirling that Robert Downey Jr. will trade his "Iron Man" suit for a silk bathrobe, slippers and a nest of bunnies! The actor has been named by mag mogul Hugh Hefner to portray him in the biopic "Playboy" -- about the 82-year-old's life of luxury and excess.

Hef's admiration goes beyond Downey's superhero box office success. "He is a very good actor," Hef tells ComingSoon.com. "It has nothing to do with 'Iron Man.' Our conversations with Robert were in the months immediately before 'Iron Man.' He called immediately after 'Iron Man' and asked when we were going to do the movie."

Downey's next flick, a drama titled "The Soloist," is due later this year.