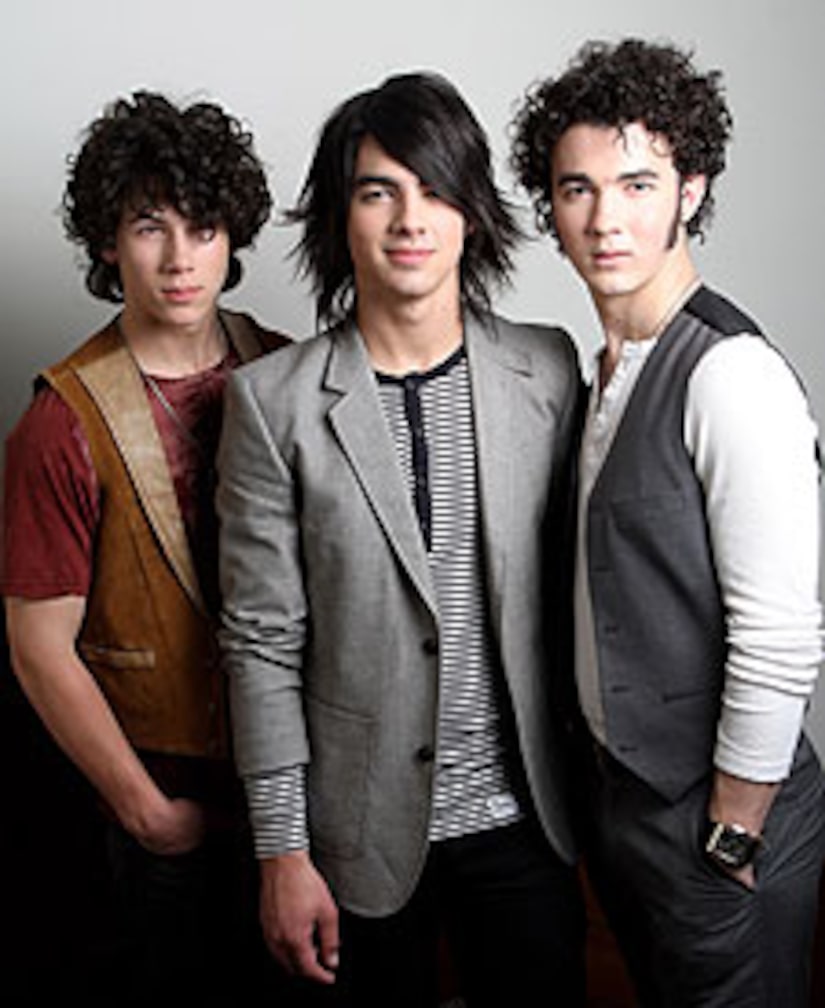 The Jonas Brothers are the most sought-after siblings on the planet -- but one female fan went to new heights to snap a pic of the dreamy boy band.

According to reports, a Jonas-crazy girl scaled the roof of the "Camp Rock" stars' Los Angeles home with her camera -- trying to take some shots of the "Burnin' Up" singers as they frolicked in their pool.

Reports say the high-climbing fan set off an alarm -- and made a clean getaway before cops showed up.