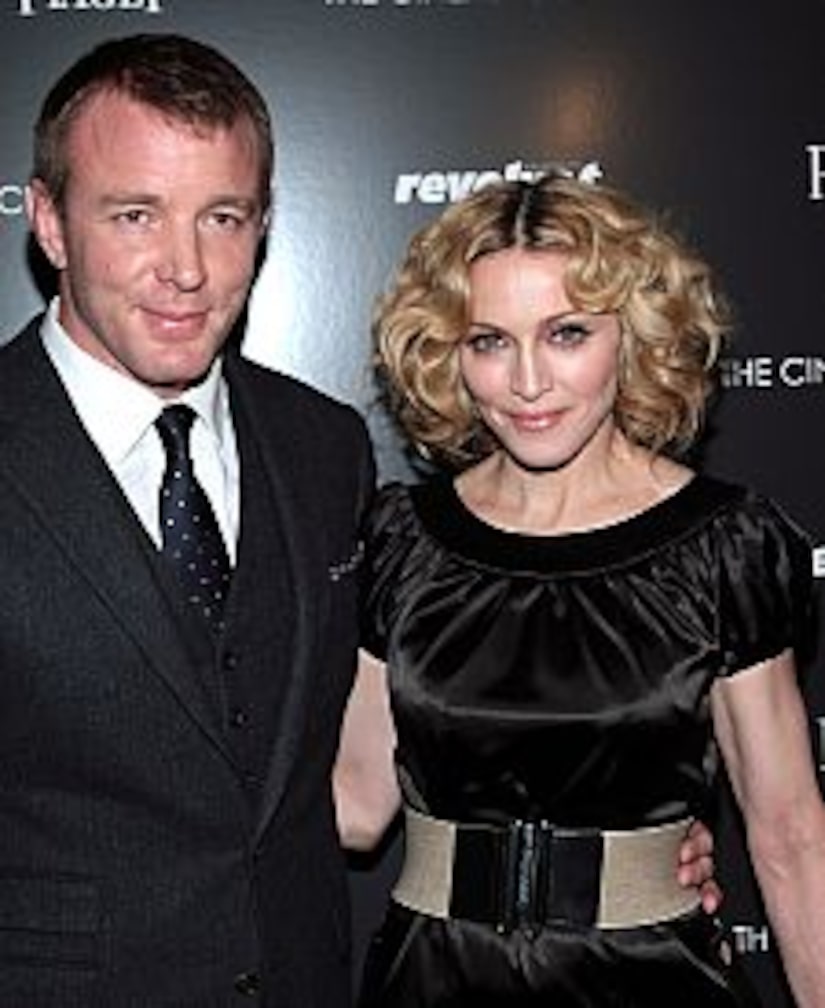 They've repeatedly denied reports that they're headed for Splitsville -- now the Material Girl and her Guy are said to be working on patching up their marriage, reports the NY Post.

According to Cindy Adams, the Ritchies are planning to keep their pad in Britain and raise their kids there, and the "4 Minutes" singer and Guy have reportedly come to an agreement regarding being seen together, and it's said that Madonna has also agreed to put the kibosh on adopting more tots.

Madge -- who has been accused of an "affair of the heart" with slugger A-Rod -- has kept a comparatively low profile since the scandal broke, releasing a statement denying anything other than friendship with A-Rod.