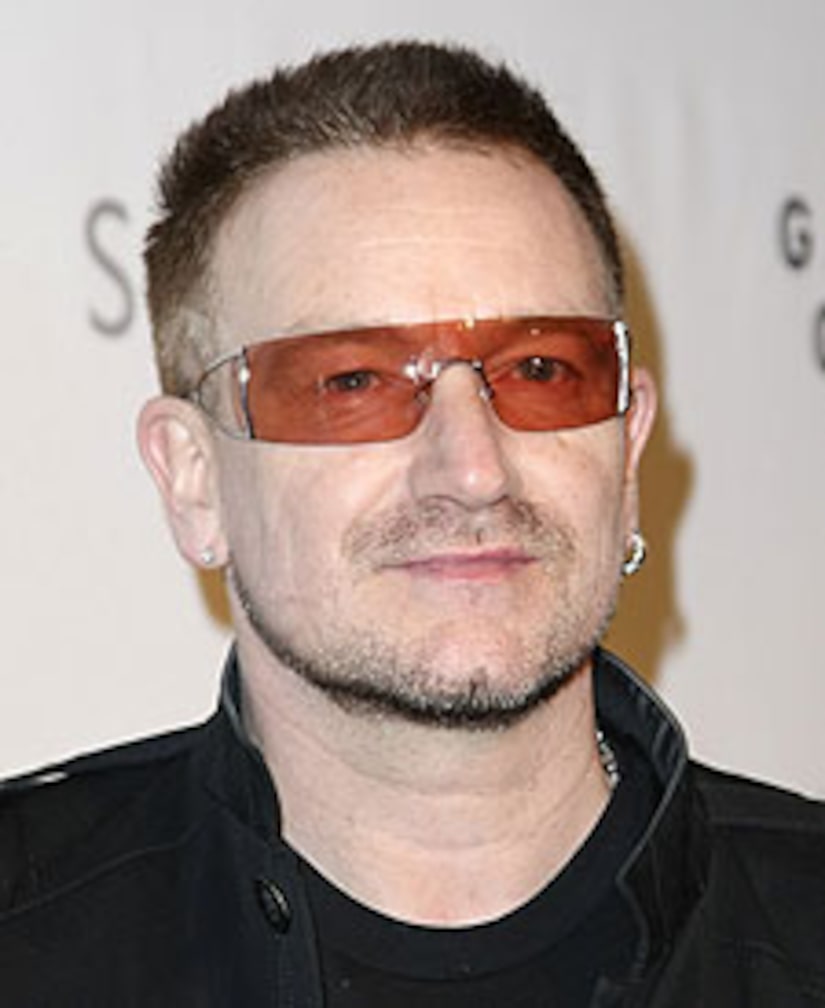 Angelina Jolie and Brad Pitt have reportedly chosen U2 lead singer Bono to be godfather to twins Knox Leon and Vivienne Marcheline, according to online reports.

"Brad and Angie think the world of Bono," a source told the Sunday Mirror, adding, "Brad is a massive U2 fan and told Bono how much he admired him when they were introduced at a party a few years back."

Brangelina and Bono share a passion for helping others, and the couple was reportedly inspired by Bono's humanitarian work.

Jolie gave birth to the twins in France earlier this month, and the Brangelina Bunch plan to live in their French mansion, Chateau Miraval, until at least the end of summer.