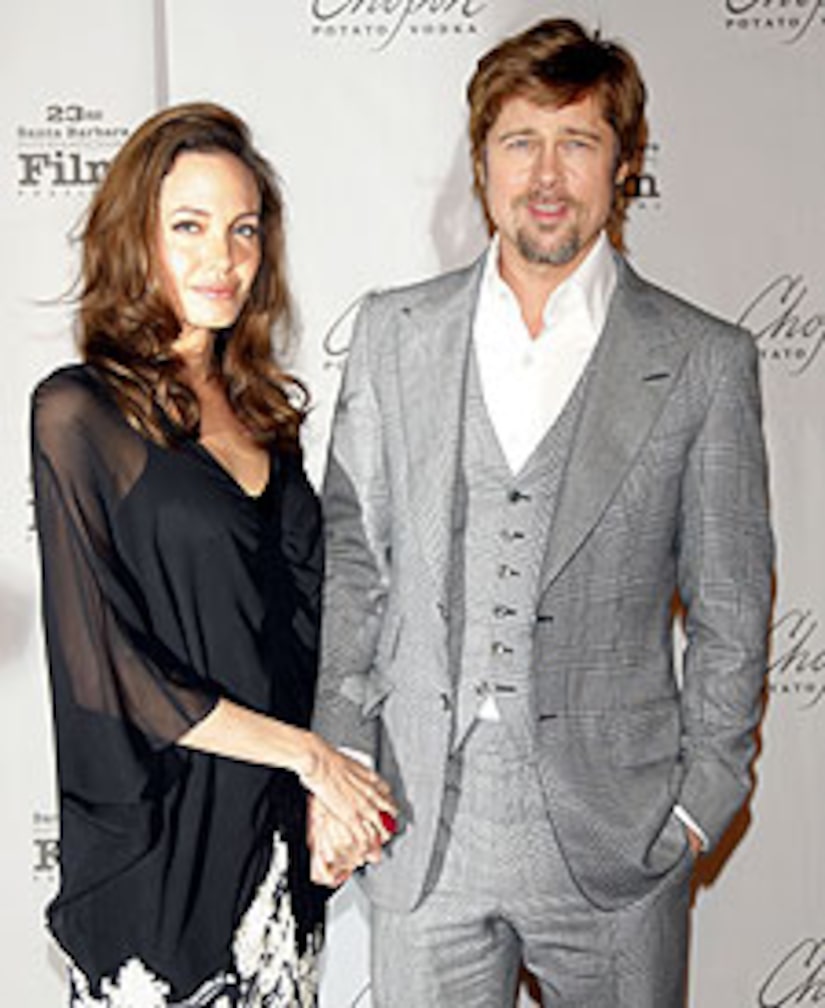 A brawl erupted between camouflaged paparazzi and Brad and Angie's bodyguards on their French estate yesterday! The incident occurred at Chateau Miraval, where mom and pop are staying with their newborn twins, Brad's parents and the other four tots.

The couple's head of security told Reuters, "We caught the two and tried to escort them off the property and the guy's just gone berserk, thrashing out, kicking and actually biting one of the security people, breaking his finger, drawing blood and screaming that he had Hepatitis C."

The paps and guards were taken in for questioning - with both sides filing complaints, accusing each other of battery.

It's assumed the stubborn photogs were struggling to snap pics of Knox and Viv, but the world will soon see the tots... reports say the proud parents have already struck an $11-million deal with an American mag, with the proceeds going to charity.