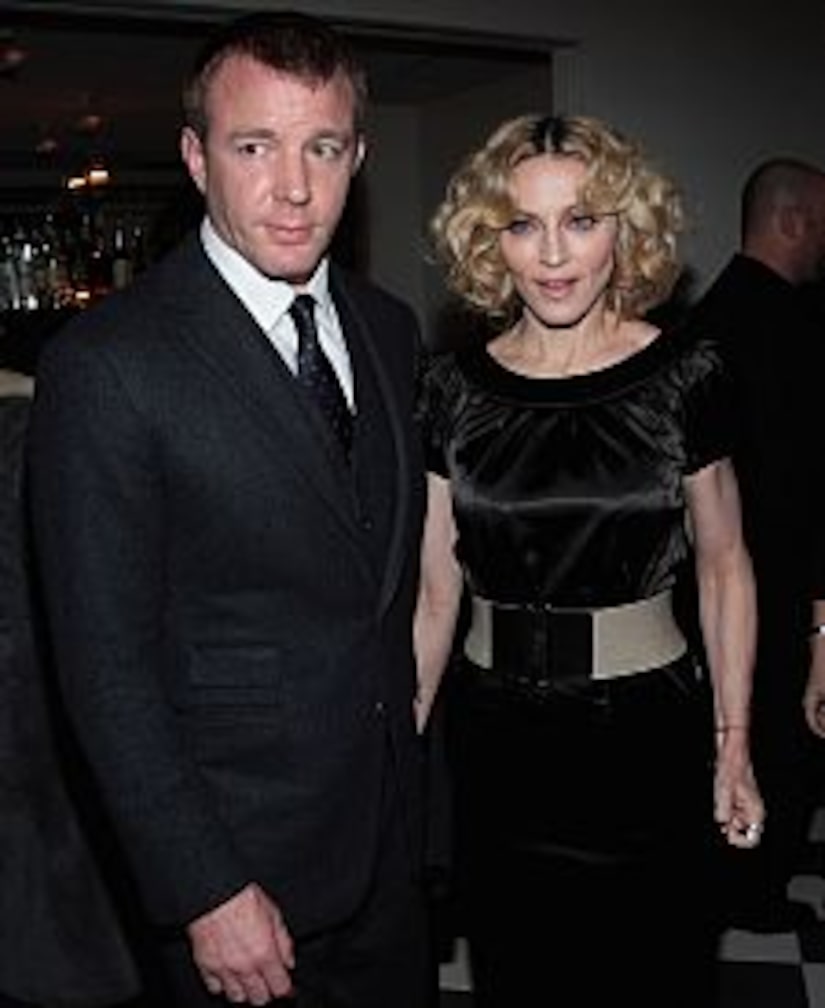 The Material Girl has dated everyone from legendary Hollywood swain Warren Beatty to bad boy Sean Penn (whom she married) -- and now, Madonna's brother Chris is talking candidly to "Extra" about the men behind the pop queen.

"Sean was definitely the love of her life," said Ciccone of Penn. The two men had a brotherly bond -- solidified with blood! "He cut my thumb open -- he cut his open -- we pressed them together... and he was like, 'OK, cool -- now we're blood brothers.'"

Chris also bonded with Beatty -- until he allegedly caught him snooping through Madge's trash! "I see a shadow going through the garbage can -- I look over, and I realize it's Warren," said Ciccone. "I think they were both suspect of each other, as far as being true."

The main man who caused a rift between Madonna and her little brother? "Mainly Guy -- he was a big part of that," Chris said of his current brother-in-law.