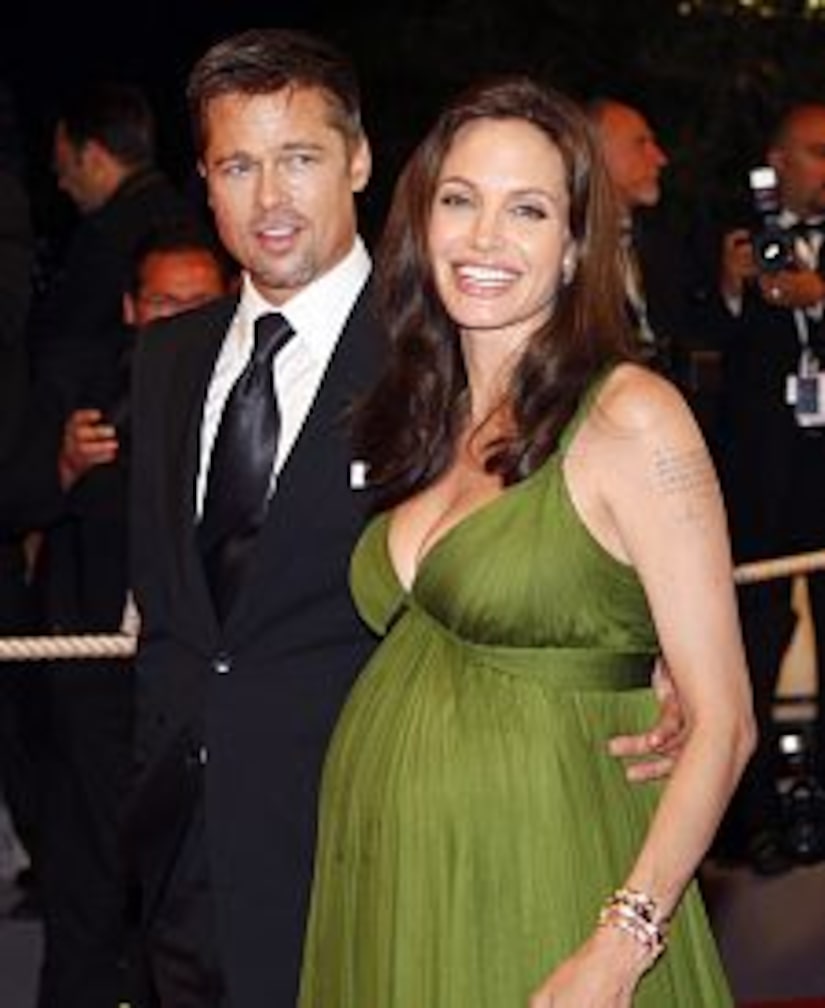 With Brad Pitt at her side, Angelina Jolie gave birth Saturday night to the most anticipated twins in history, a 5 lb., 3oz. boy, Knox Leon, and a 5 lb. girl, Vivienne Marcheline, named for Jolie's mother, Marcheline Bertrand, who died of cancer in 2007.

Jolie's obstetrician at Lenval Hospital in Nice, Dr. Michel Sussmann, told AP that all "are doing marvelously well," adding that the C-section was moved up a bit "for medical reasons" so the tots could be born "in the best conditions," but he did not elaborate.

The mayor of Nice, Christian Estrosi, has said that the twins will always be considered honorary citizens of the city, and that it was a "very great honor" that the famous couple chose his city for the event.

First pix of the twins are worth millions of dollars, which Jolie and Pitt will likely donate to charity, as they did with the proceeds from first photos of daughter Shiloh. The twins join siblings Maddox, 6, Pax, 4, Zahara, 3, and Shiloh, 2.