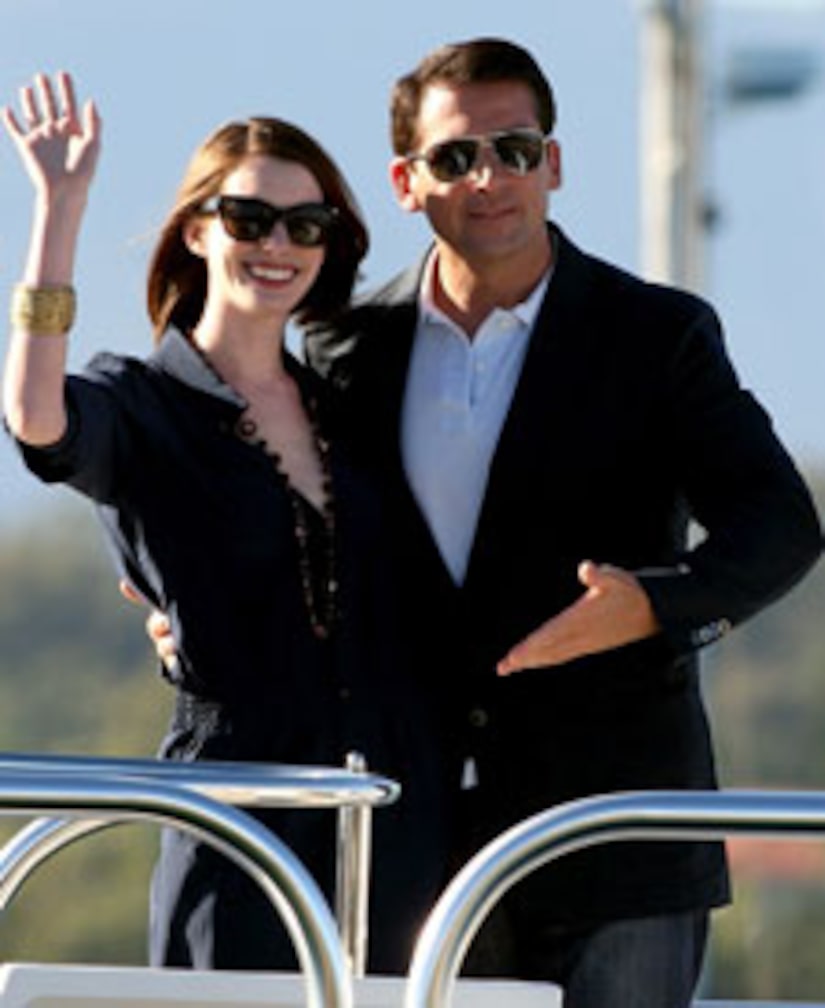 Anne Hathaway ran into an awkward moment while promoting "Get Smart" in Italy -- but quick thinking by co-star Steve Carell saved her from a red-carpet question about her highly publicized breakup with Raffaello Follieri, reports People magazine. Thank you, Max!

The 25-year-old actress -- who has refused to talk about her breakup with the alleged con man, who is currently awaiting trial -- went silent when asked by a reporter, "Was the separation from your ex-boyfriend painful?"

Funnyman Steve Carell saved Hathaway from embarrassment by stepping in and joking, "In my role of agent [for] Miss Hathaway, I would like to say that she does not answer questions relating to this subject."

Hathaway and Follieri split a few months ago after dating for four years, and he was arrested a short time later on a host of charges involving financial misdeeds.