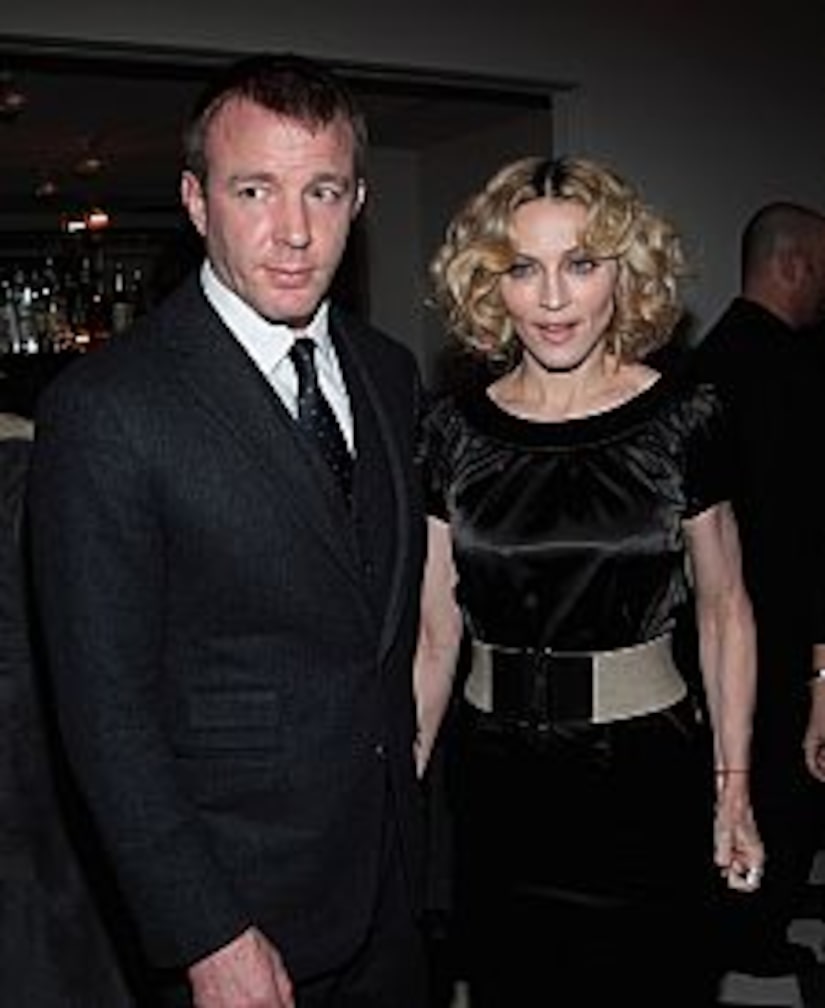 Despite worldwide reports of a relationship with Yankee stud A-Rod, Madonna has issued a statement denying that she and hubby Guy Ritchie are headed for Splitsville -- and affirmed that she's not engaged in any extramarital affairs, reports People.

"My husband and I are not planning on getting a divorce," reads the statement. "I am not romantically involved in any way with Alex Rodriguez. I have nothing to do with the state of his marriage or what spiritual path he may choose to study." Alex has reportedly been studying Kabbalah for a year.

She adds, "I have learned over the years not to take accusations and the many false reports about me very seriously. I also appreciate how fiction and fact seem to be perceived as one, and the same by people who read both newspapers and the Internet."

The buzz about Madge and A-Rod's relationship got a little more complicated when Rodriguez's wife, Cynthia, announced that she's filing for divorce, citing his alleged extramarital activity.