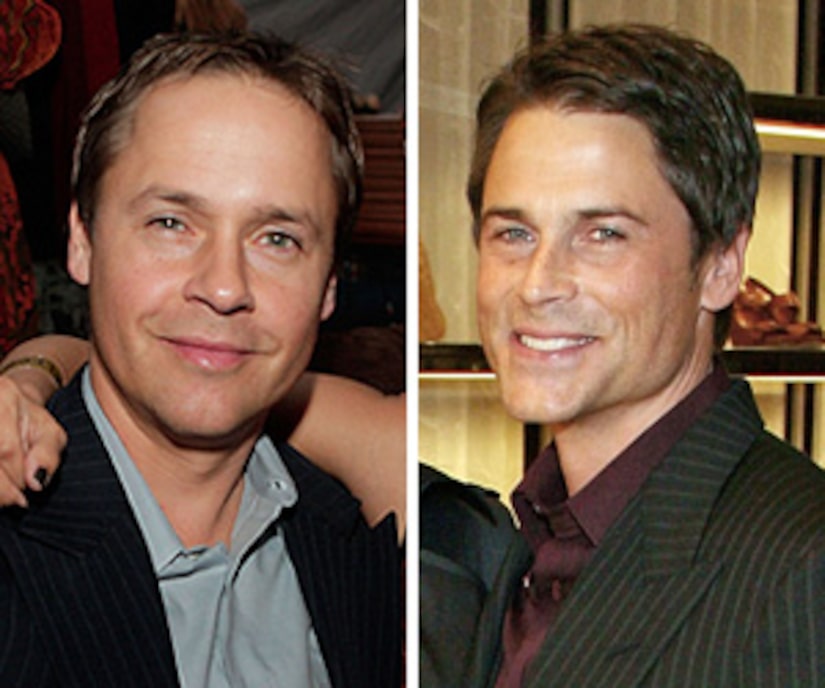 Real-life brothers Rob and Chad Lowe are teaming up for an episode of Rob's hit ABC drama, "Brothers and Sisters" -- and "Extra" got a behind-the-scenes peek when Chad directed Rob in an upcoming episode!

"We've never worked together before," Chad said. Added Rob, "He's really on it, and [my co-stars] love him for that."

The Lowe brothers have both struggled with personal battles recently -- from Chad's high-profile divorce from actress Hilary Swank to Rob's nanny scandal -- but the pair has stuck by each other through hardships. "We lost our mother four years ago to breast cancer, and I think from that time on, it's brought us closer," Chad said.

Catch the fruits of Chad and Rob's labors when "Brothers and Sisters" returns to ABC this fall.