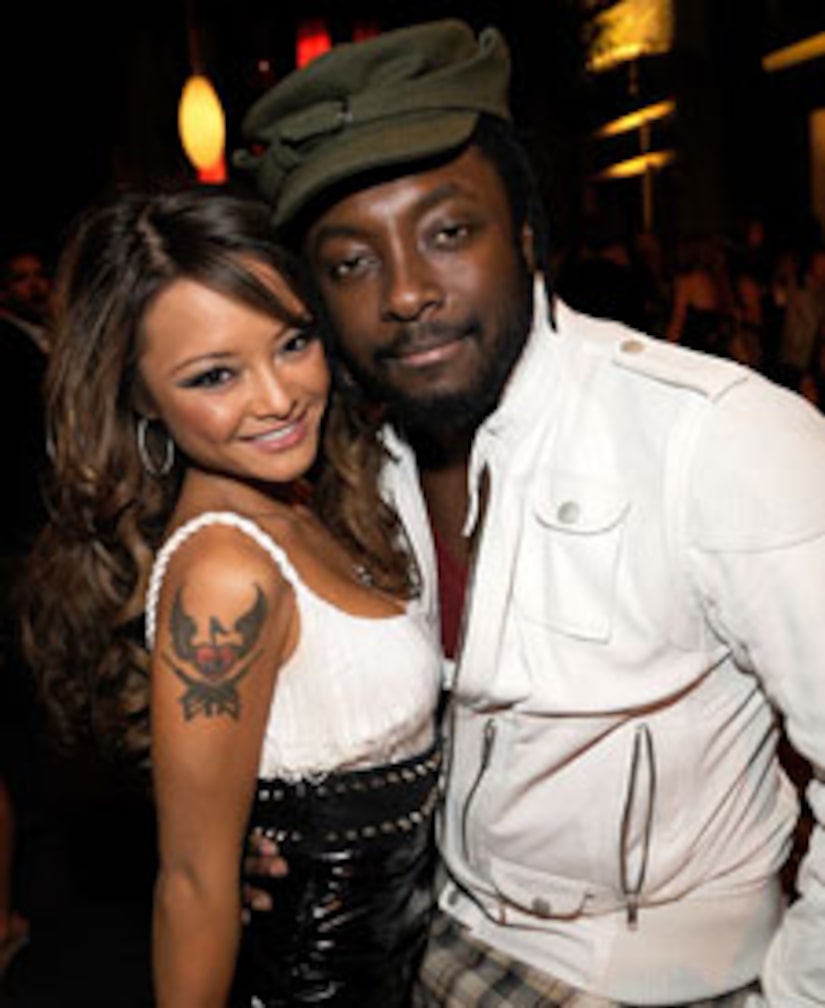 Self-proclaimed bisexual and MTV star Tila Tequila is reportedly dating Black Eyed Pea Will.i.am. Online reports say 33-year-old Will.i.am would not leave Tila's side last month during the Maxim Hot 100 party. "They tried to be secretive and would hold hands under the table. But they were definitely together," a source at the party said. "They kissed each other on the cheek all night!"

Tila, 26, is the star of the MTV show, "A Shot at Love with Tila Tequila," a bisexually themed reality show featuring 16 heterosexual men and 16 lesbians competing for Tila's love, the twist being that contestants are not aware of Tequila's bisexuality. The singer and model was the most popular "artist" on MySpace in 2006.

It's unknown how their supposed romance might affect her show.