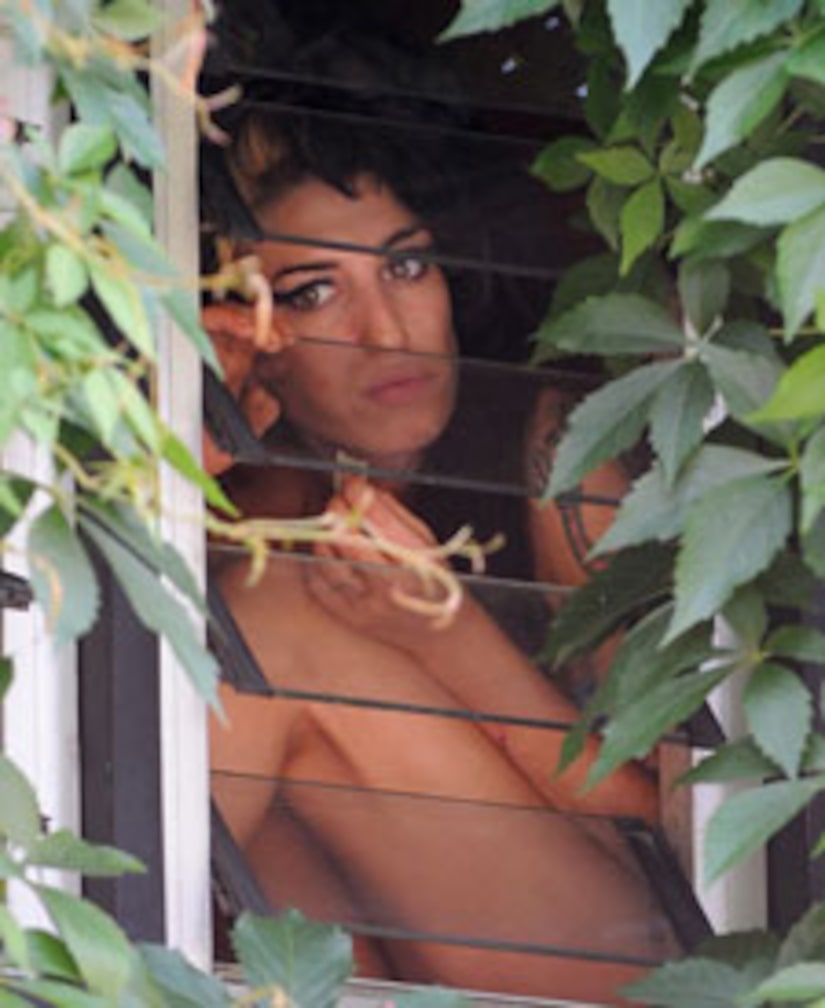 Amy Winehouse can't escape controversy. London police have arrested two people, John Blagrove and Cara Burton, suspected of supplying drugs to the "Rehab" singer, according to the AP. The two have been charged with conspiracy to supply cocaine and MDMA (ecstasy) to the beehived singer/addict.

The charges stem from a not-so-shocking videotape showing Amy smoking what was apparently crack cocaine. Clips from the video were published by the British Sun, which led to Amy's brief and unsuccessful stint in rehab. The photo right was snapped yesterday outside of the singer's London home.

London police have said that Amy will not be charged in this case, but she has an ongoing drug case in Norway. She and her husband, Blake Fielder-Civil, were arrested there for marijuana possession last October. He's in jail on an obstruction of justice charge.