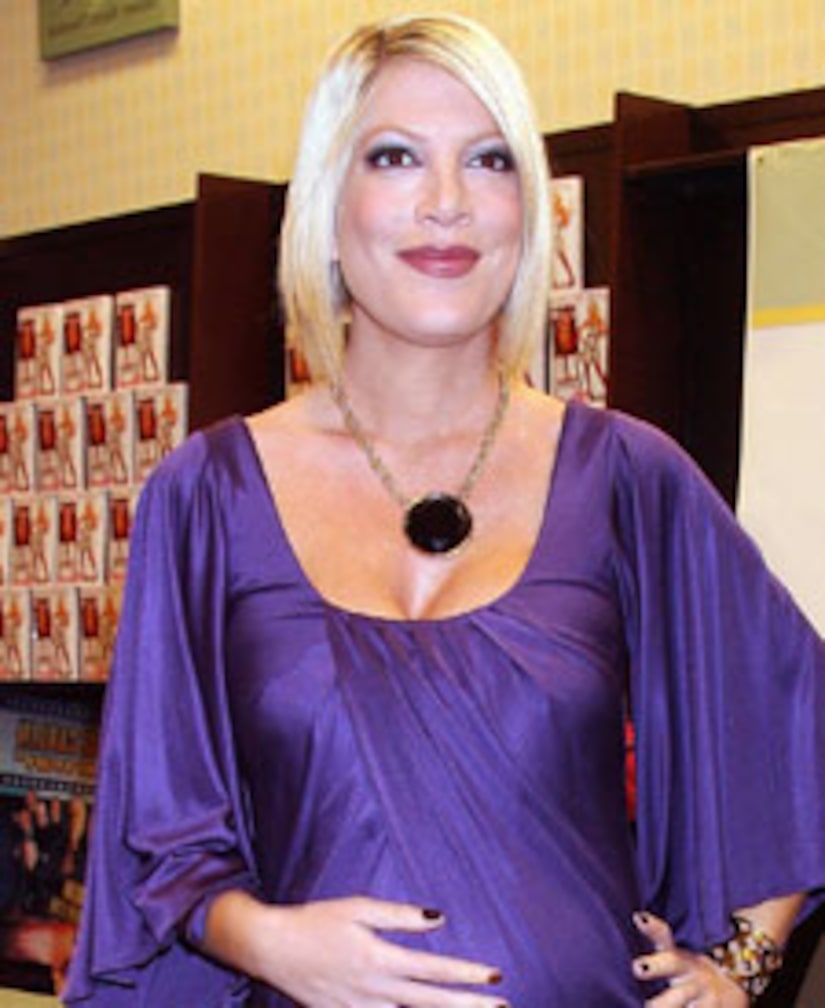 A few months back, when she found out she was having a girl, the 35-year-old actress described her emotions to People, saying, "I immediately started crying. I couldn't believe it. I have my beautiful little boy and now I'll have my little girl! It's amazing."

Spelling recently confirmed that she'll be reprising her role as Donna Martin on the "90210" spin-off, airing Tuesday nights this fall on the CW.