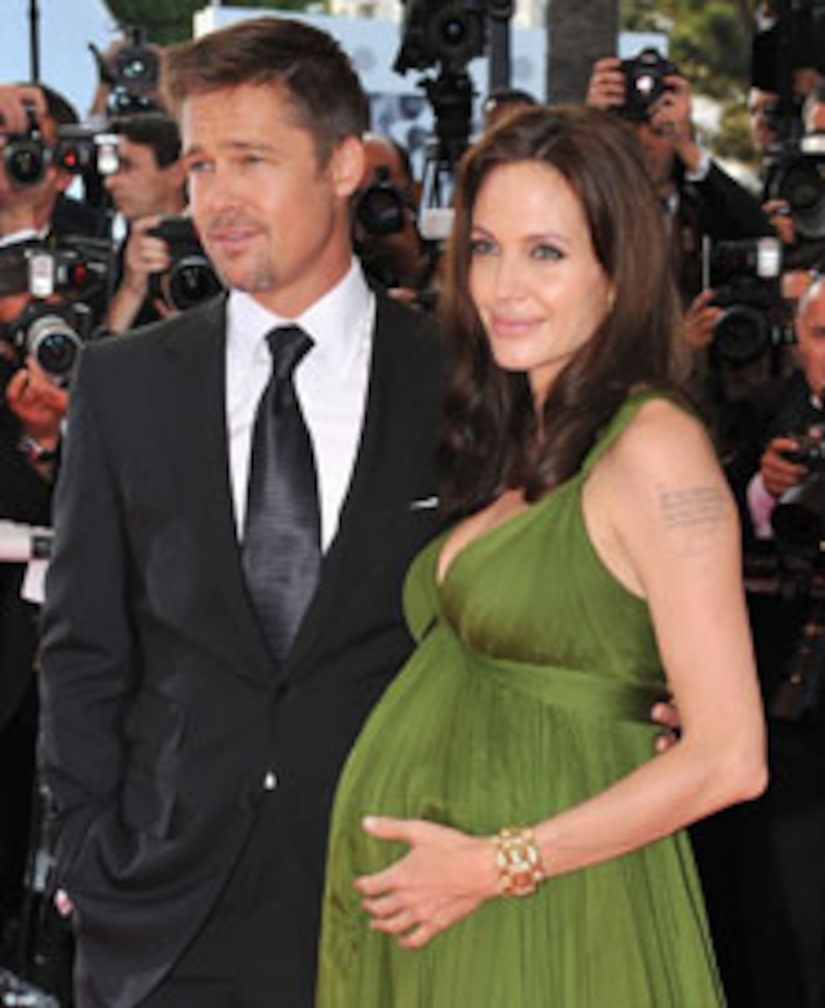 As expectant mama Angelina Jolie celebrates her 33rd birthday, flowers from well-wishers poured into the superstar's Chateau Miraval in the south of France, which she shares with partner Brad Pitt and their four children.

The impending birth of the A-list couple's twins has heightened security at the mansion -- the guards pushed every petal aside before it was sent through -- possibly searching for hidden cameras.

Daddy Brad was spotted in Switzerland picking out a few extravagant gifts for Jolie -- he bought two specially designed chairs and a table by a Dutch designer, for a birthday gift totaling nearly $350 thousand!

The birthday girl is still awaiting the birth of her twins -- and "Extra" has an ironic new twist to the story of an imposter sending out false reports of the babies' arrival. Holly Goline -- Angie's assistant who was impersonated by a person sending out phony emails to news outlets -- played a news producer in Jolie's flick, "A Mighty Heart."