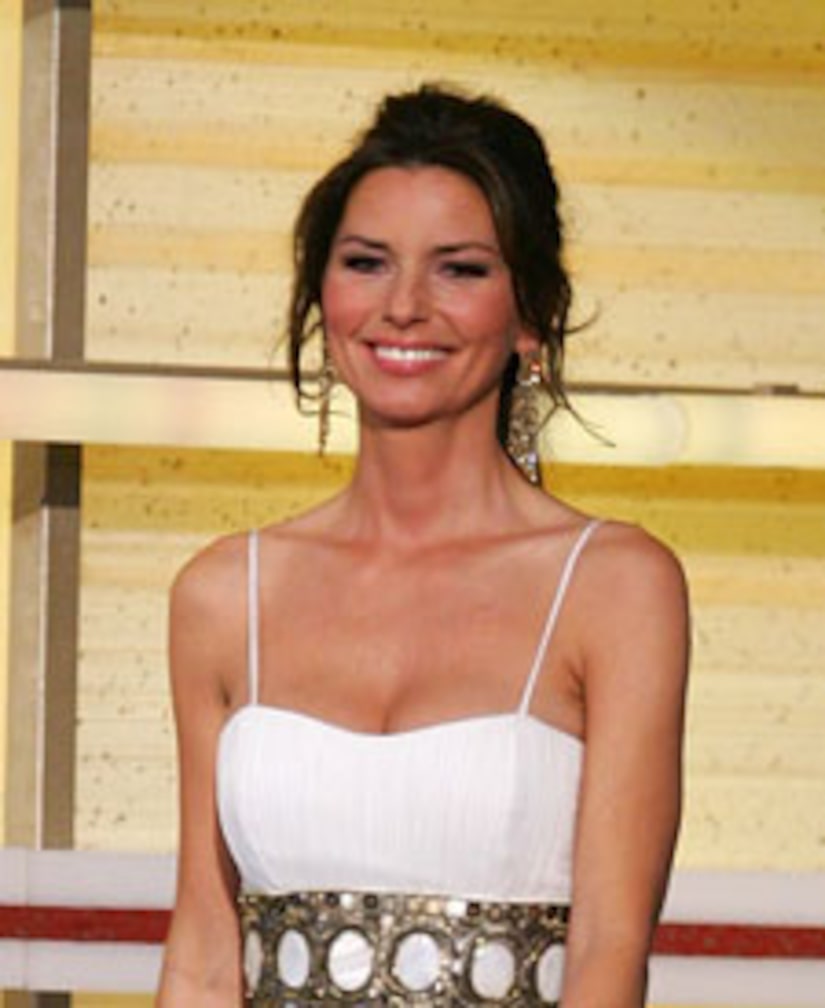 Shania Twain is heartbroken as more details emerge about her recent split with husband Robert "Mutt" Lange. Reports say that Marie-Anne Thiébaud, a caretaker for the couple's Swiss home allegedly had an affair with Mutt, causing the billion-dollar breakup.

Thiébaud became one of Twain's best friends during her time with the pair, and she and Lange both deny accusations of a relationship, reports People magazine. The "Still the One" singer and her son Eja, 6, have returned to their secluded cottage in Huntsville, Ontario -- which along with the Swiss chateau and a 60,000 acre spread in New Zealand -- is just part of a huge fortune set to be divided.

Lange -- the man behind Def Leppard, Nickelback -- and Shania's success -- has made $500 million as one of the most successful music producers in history. Twain, having sold 60 million albums, has her own $450 million fortune.

Sources close to Shania say that her legendary warmth and spirit will help her bounce back from this painful break.