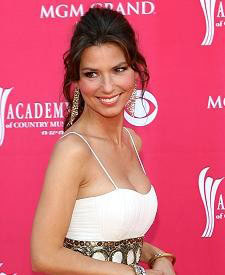 Shania Twain announced hubby Robert "Mutt" Lange was no longer "The One" after 14 years of marriage -- and now sources reveal to People magazine that it is due to the music producer's wandering eye!

Sources close to the situation say that Marie Ann Thiébaud, a secretary and manager of the couple's Swiss chateau is the reason behind the breakup. "Mutt and Marie Ann left their spouses for each other and are still in a relationship," says one source.

In a statement following the breakup of the music moguls, Mutt called the split "an unfortunate thing," adding, "it's literally just a growing apart, that's all."

Shania's ex denied the switcheroo allegations, saying, "It's absolutely not the reason," and said he was not in a romantic relationships with Marie Ann. "I'm not, no, it's not true."

Win It! A Halloween Gift From WaffleWow! 6 Jack Black: Angelina 'Has a Ways to Go' 7

Dr. Klein: It's Not to Be Discussed Who the Father Is 8

Patty Duke Dead at 69: Cause of Death Revealed 10