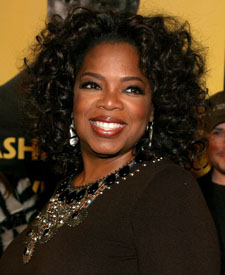 It's a mega week for Oprah Winfrey! The queen of talk TV turned the tables on fellow daytime host Barbara Walters in a shocking interview with the "View" star! Winfrey nabs a rare sit-down with Walters to address pressing questions. From her family's darkest hour to the dish on Star Jones and Rosie, Barbara hits the hot seat -- and opens up about a secret affair she had with a married politician, saying, "Had this come out, it would have ruined my career and his."

Oprah then reunites with one of Hollywood's most private figures in the public sphere, actor Tom Cruise. For the first time since the infamous couch-jumping incident, the talk show hostess goes one-on-one with Cruise -- this time, the meeting is taking place on his couch.

Tom sits down with the media mogul in his $10 million secluded Telluride, Colorado estate -- and opens up on the questions America wants answered! She addresses the media scrutiny that Tom has endured, asking, "The couch -- Brooke Shields -- Matt Lauer -- do you feel that you come under attack unnecessarily?"

Watch the "Lions for Lambs" star on the Daytime Emmy-winning show, tomorrow and Monday -- and Walters hits Oprah's stage on Tuesday!