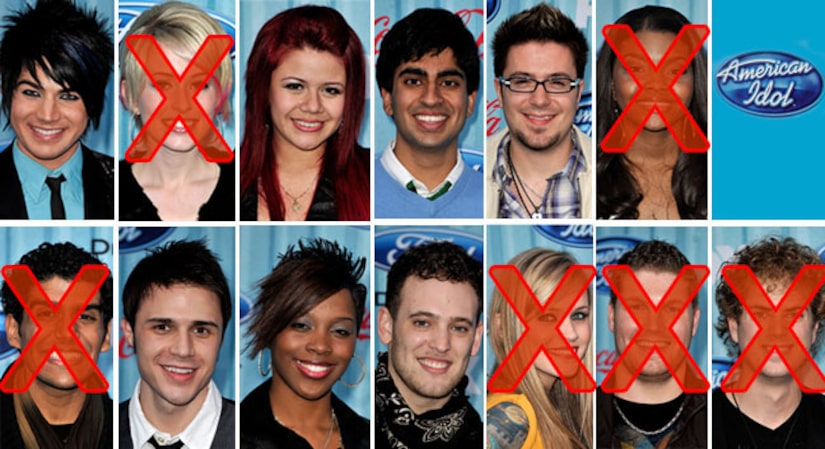 Last night, the eight remaining Idols sang songs that inspired them, and some are inspiring the judges! Jason Castro blazed through, performing a ukulele tribute of the late Hawaiian legend Israel "Iz" Kamakawiwo'ole's version of "Over the Rainbow," impressing even Simon, who thought his performance was "fantastic." David Archuleta also hit a high note with his "Angels" piano performance, to the shrieks of his fans.

Even a makeover from OK! magazine couldn't help Carly Smithson's performance of Queen's "The Show Must Go On," with Simon saying she "looked good" but may "be in a bit of trouble tonight." David Cook's act left the judges unimpressed this week, but still rocked support for "Idol Gives Back". The other Idols mostly got their standard costume reviews, plus "pitchy" and "not feelin' it" comments.

Tonight's fundraiser features Hollywood's finest working hard to surpass the 's $76 million raised last year for those in need. Ryan Seacrest says "pick up the phone... give to the charities to create awareness." Watch the power of "Idol Gives Back" tonight on Fox!