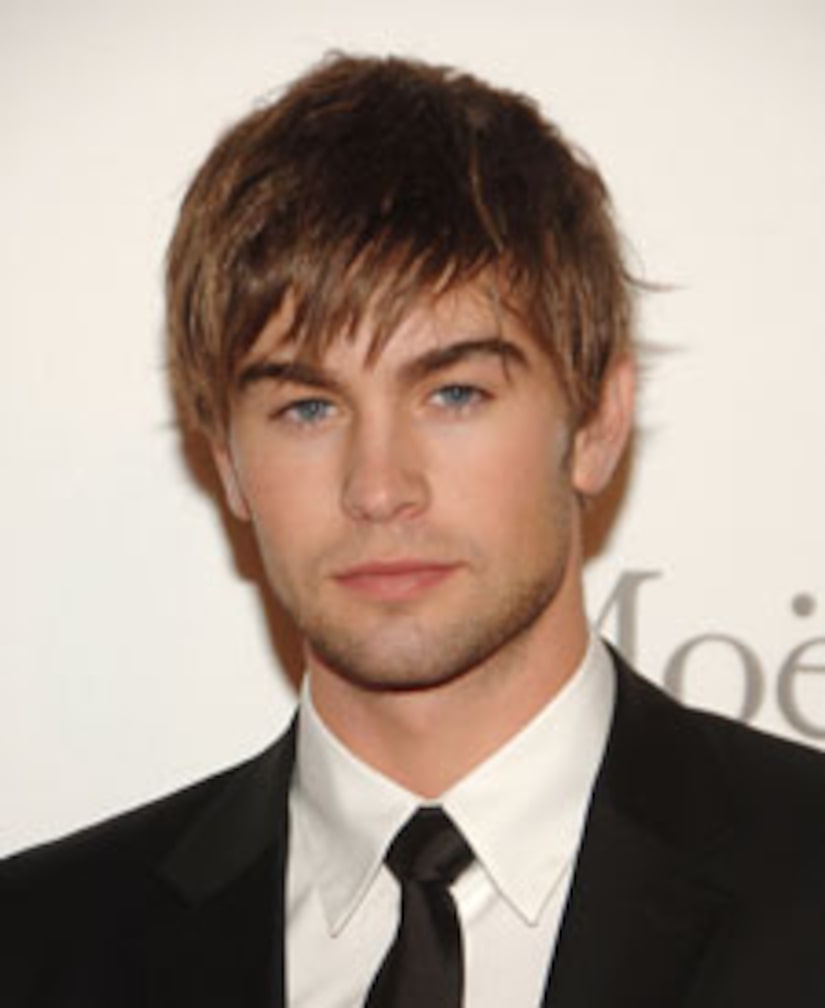 Well, that was fast. Just a day after "Extra" broke the news that Carrie Underwood had called it quits with Chace Crawford via text message, the "Gossip Girl" star has been spotted on the rebound -- with new co-star Michelle Trachtenberg.

The New York Post says the pretty boy and Michelle, both 22, were "flirting heavily" in SoHo. An onlooker told the Post, "They were all over each other. She was drinking a beer and snuggling up to him."

Carrie must be taking the news well, though. She told "Extra" yesterday that when they split, she was so over the drama. "It's like, 'peace out,'" she shrugged.