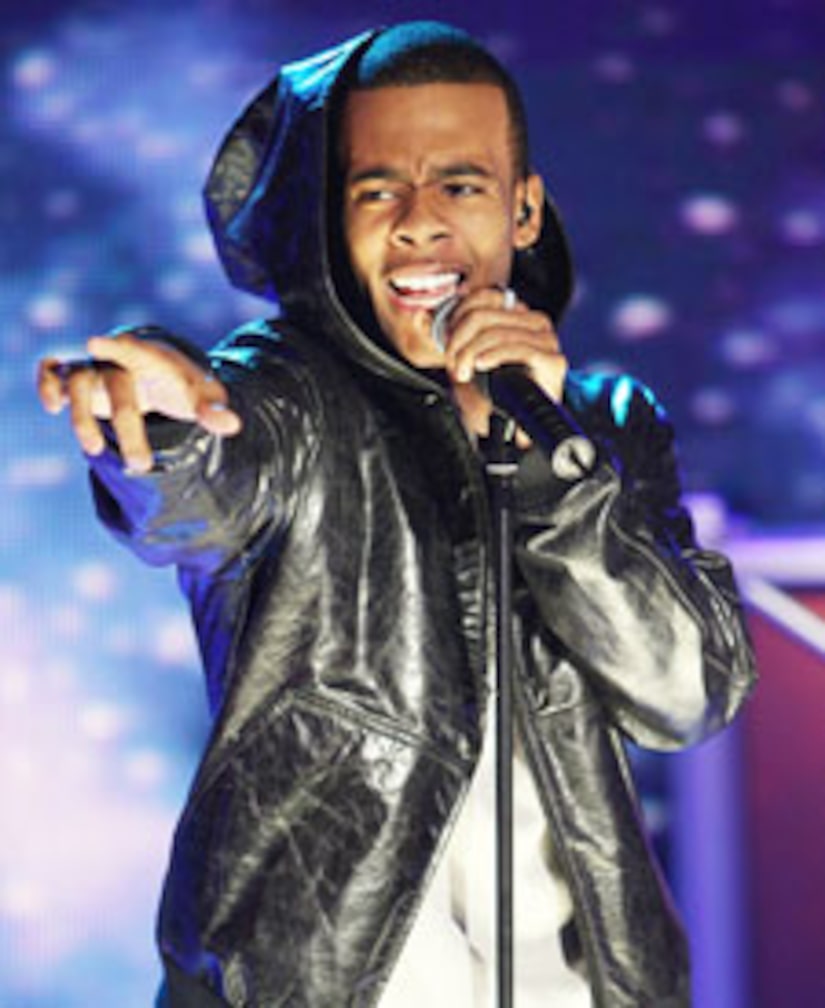 The sixth season of "Dancing with the Stars" swept the audience off its feet last night -- and revealed a clear frontrunner -- R&B singer Mario. The smooth stepper and partner Karina Smirnoff wowed judges with their Cha Cha and received a 24 out of 30.

"This is the standard you're going to have to watch out for," judge Carrie Ann Inaba told the dancers as Mario beamed. But Karina revealed that her recent neck surgery and Mario's ballroom battle wounds took a toll on the couple. "He had this groin muscle pulled and his hamstring, I had neck surgery - we're just falling apart!"

Radio talker Adam Carolla wasn't so light on his feet -- swamping tiny partner (and two-time champ) Julianne Hough as they struggled through their choreography. The scored a 15, the lowest of the night, with judge Len Goodman telling the perky blonde, "You've got your work cut out for you." Adam told "Extra," "They were cruel, those judges! I was really thinking you got a seven or eight just for putting your shoes on and going out there."

Steve Guttenberg fox-trotted across the stage with partner Anna Trebunskaya, and a surprise leap scored him 18 points. Magician Penn Jillette had a few tricks up his sleeve with a rolling slide that earned him a 16 with partner Kym Johnson, and football stud Jason Taylor wowed the judges with his elegant moves - and his looks. "You are a good looking guy," said judge Goodman. "It's like looking in a mirror!"

Now you tell us: which male contestant has the best chance of taking the "Dancing" trophy?