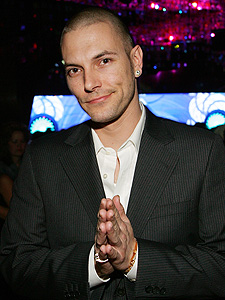 After a dubious rap career, a wildly unsuccessful marriage and an unremarkable acting stint on "One Tree Hill," former backup dancer Kevin Federline may be ready for the Great White Way! Us Weekly is reporting that K-Fed may take his broken musical dreams to the Big Apple this September to appear in "Legally Blonde." Lord knows he’s had enough experience with dizzy blondes.

"This is his chance to show the world what he can do," a pal told the mag. The father of four may appear as the UPS guy who inspires Elle (played by Reese Witherspoon in the film version) to perfect the "bend and snap." Can you smell a Tony?

Not so fast…Kevin’s publicist has just told "Extra" that rumors of K-Fed’s trip to Broadway are just that – rumors, and "not true."

Vanessa Bryant Fires Back at Her Mom’s Shocking Claims 8