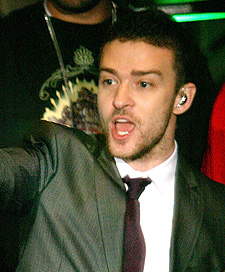 Justin Timberlake is no stranger to controversy -- Superbowl halftime show, anyone? -- but now the smooth-jiving Grammy winner is being featured in a Gnarls Barkley music video that’s too controversial to make cable TV.

The new music video, "Run," was banned, according to Reuters/Billboard News, because it failed to pass the Harding Test due to some strobe light effects. The Harding guidelines were created to prevent viewers from having epileptic seizures while certain images are projected.

Gnarls Barkley member, Danger Mouse, told Billboard.com, "I think [the video] is cool. It works for me. But I’m not that easily seasick. We can’t predict how people are going to interpret it."

Still, the video will probably survive the ban -- it's popping up all over the Web.