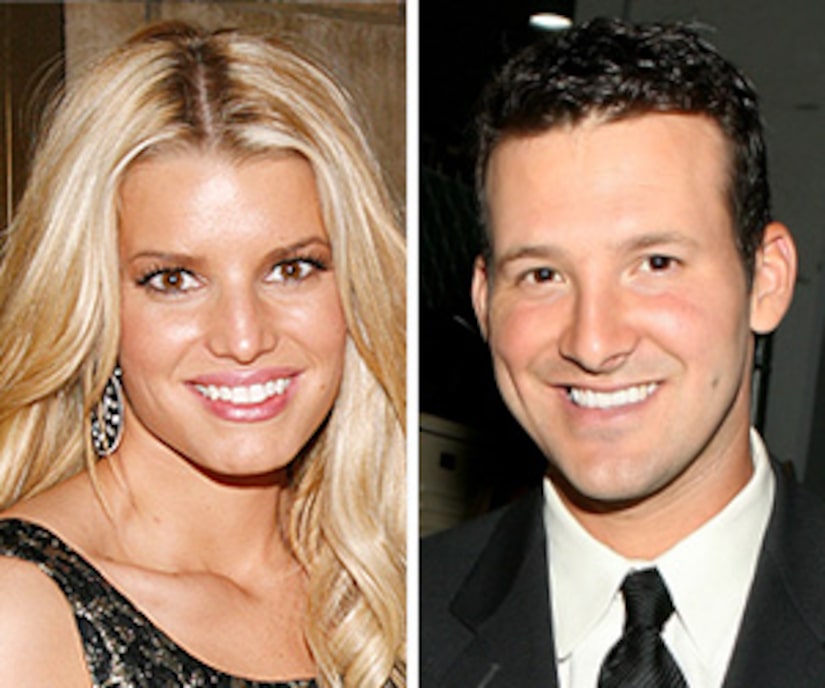 Jessica Simpson and Tony Romo put breakup rumors to rest once and for all this weekend.

The duo were spotted cozying up for a romantic dinner at West Hollywood hotspot Il Sole. They left hand-in-hand and headed to the Key Club on Sunset Blvd. for a round of karaoke!

Looking every bit in love, the two reportedly sang '80's heavy metal tunes and rocked out on stage. The Dallas Cowboys quarterback had his arm around Jessica for most of the night.

Last week, Jess took a major tabloid magazine to task for reporting that Tony had booted her after his team lost to the New York Giants on Jan. 13. She had demanded a retraction.