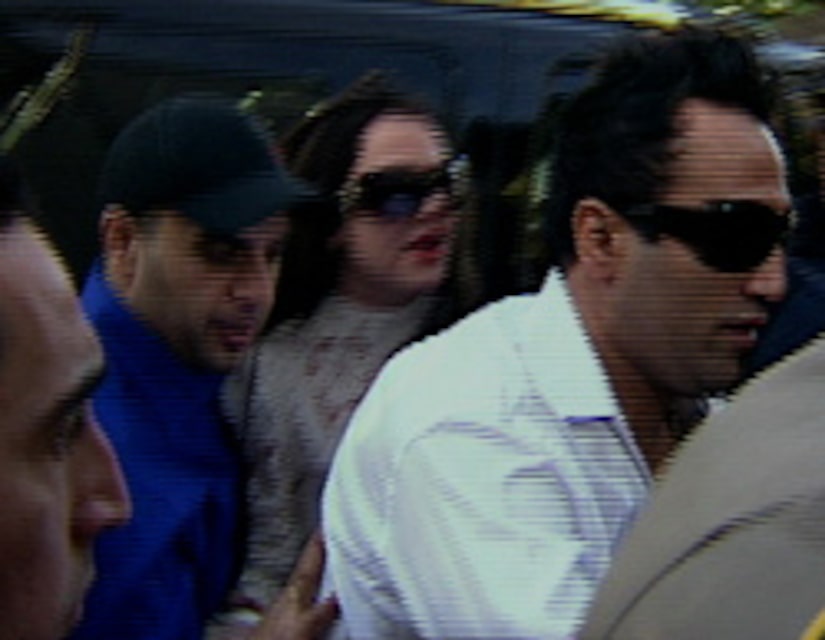 Britney Spears is in the midst of yet another breakdown.

Early Monday evening, a sobbing Spears and her constant companion Sam Lufti were seen outside of her gated community engaged in what some sources say was an argument. Other sources say Britney was distraught and Lufti was consoling her. None of the sources are sure of the origin of Spears' tears.

X17online.com caught Britney shortly after the incident, sitting on a curb playing with her dog London, begging photographers to go away and saying "I'm so fine," despite being visibly shaken.

Police were called to the scene by security after several photographers entered the gates of Britney's community. Also stopped from going inside: Adnan Ghalib, who sources say Lufti had banned from seeing Britney.

This didn't stop Britney from meeting up with him, though. After escaping with one photographer, she met up with Adnan in Beverly Hills and they were last seen speeding down a California freeway exceeding speeds of 100 miles per hour!

Around 9 P.M., Brit's parents Jamie and Lynne arrived at the house. Earlier, Lynne was reportedly spending the day with Sean Preston and Jayden James at Kevin Federline's Tarzana home.

Meanwhile, "Extra" has learned that Brit will be allowed phone contact with the kids, but nothing else. New court documents released Monday show that the phone is the only contact Brit is allowed for now.