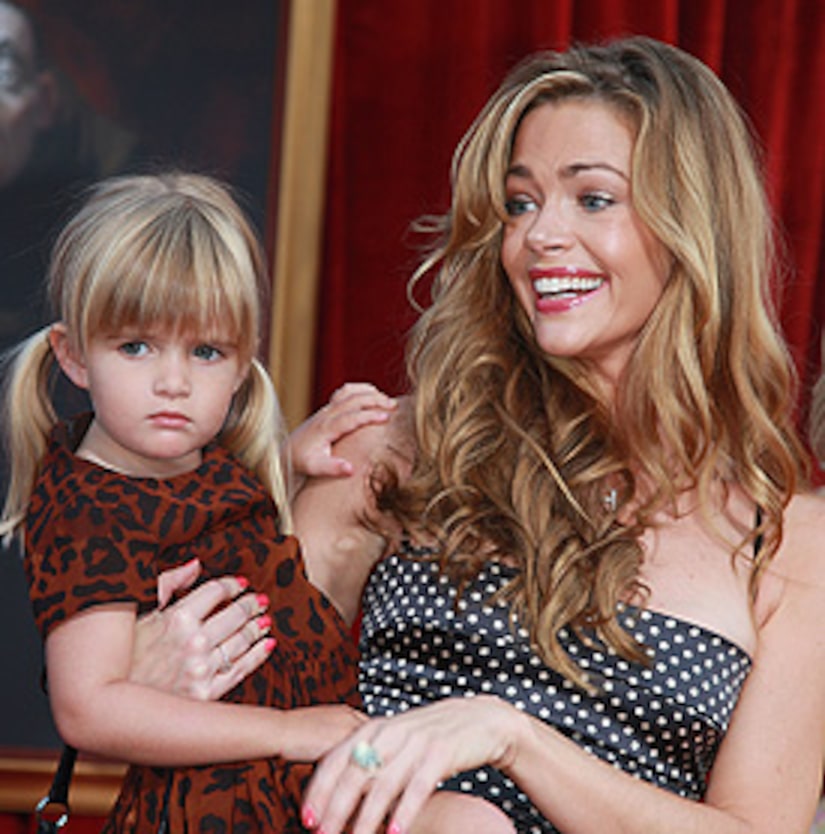 "We've been in talks about doing a series with her. I don't know if the kids would necessarily be involved," Ryan said.

In Los Angeles Superior Court yesterday, Denise was reportedly given the go-ahead to allow her one and two-year-old daughters to appear in her show.

As "Extra" reported exclusively, Sheen called that "exploitation" and battled Denise to keep the kids out of it.

Now, "Extra" has learned, the children's involvement in Denise's show would be limited, per the judge's orders.

"It would be about her, if we do this, and her life," Ryan insisted. "And what she wants to do with it, with her career. She's really an interesting personality and person."