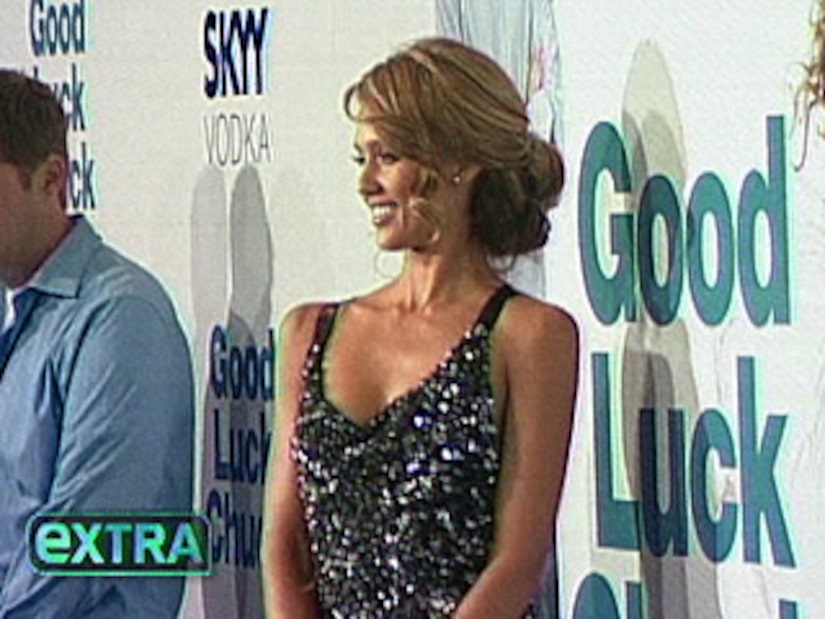 Jessica Alba is opening up about her pregnancy, talking for the first time since she announced she was engaged and expecting her first child with boyfriend Cash Warren.

"It's quite a blessing and perfect timing," the glowing star told "Extra" at a junket for her new thriller, "The Eye."

The only thing that takes some getting used to?

"Definitely a lot more emotions!" she confessed. "Anything could make me incredibly angry or break down crying, and that's not something I'm used to."

She also admitted that she's already dreaming about baby.

"It had to do with breastfeeding, which is the only thing I'm paranoid about, more than giving birth," she revealed, adding that she's trying not to gain too much weight during the pregnancy.

"I try and eat healthy as possible, good for baby, exercise, as long as i don't' gain too much to fast, that's the key," she said.