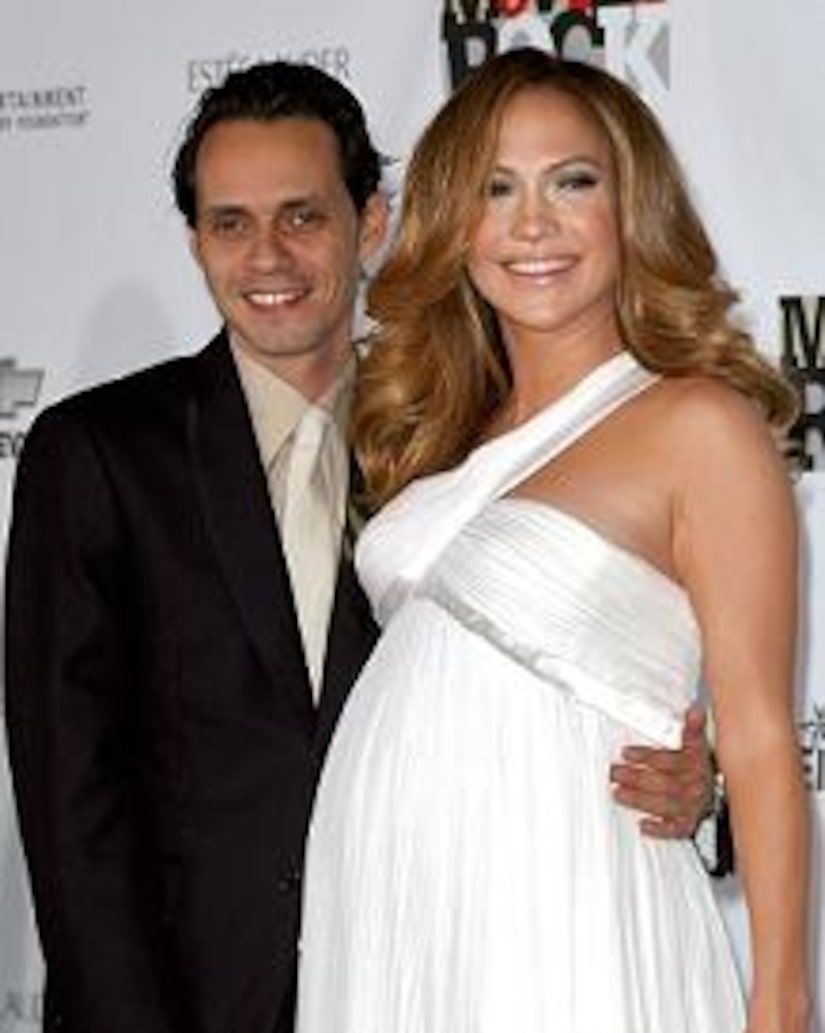 Jennifer Lopez and Marc Anthony are only weeks away from becoming parents, and this weekend they celebrated with an extravagant baby shower.

Jennifer, 38, and Marc, 39, partied on the rooftop of the swanky Gramercy Park Hotel in New York City with her mom Guadalupe and guests Leah Remini, Diane Sawyer and designer Roberto Cavalli.

Lending weight to rumors that she's expecting twins, the shower, hosted by "Maid in Manhattan" producer Elaine Goldsmith, was decorated in blue and pink. People
is reporting that the place was even covered with Swarovski crystals!

The mommy-to-be wore her hair up and concealed her belly with a black swing coat.

J. Lo first announced her pregnancy in November after months of keeping mum about a growing baby bump.

"I kind of feel like everybody knew anyway," she told Harper's Bazaar for its February issue. "I was on tour with a bubble gut!"

She added, "We're just getting used to the fact that we've told everybody."