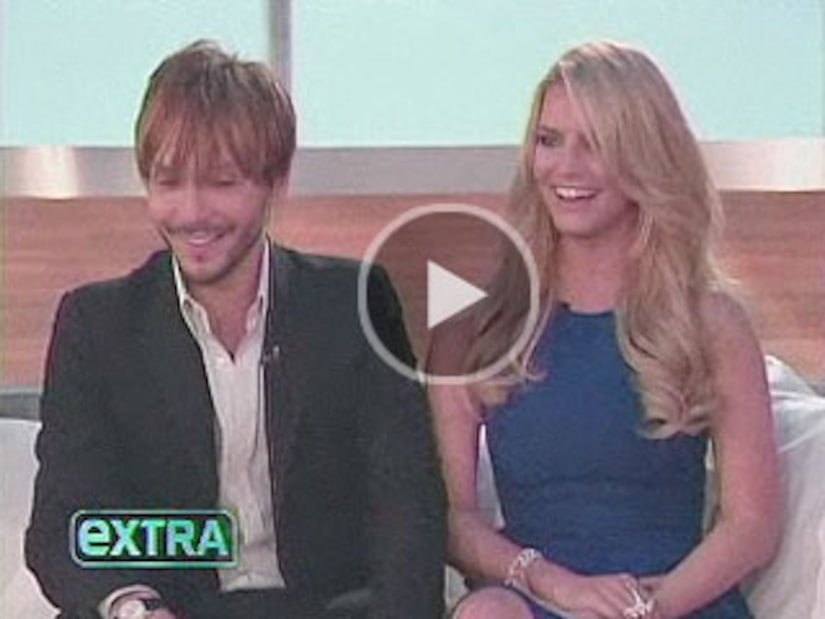 John Mayer is jumping to the defense of his ex, Jessica Simpson, blasting those who blame her for Dallas Cowboys quarterback Tony Romo's poor performance this weekend.

John writes on his blog, "I don't really follow sports, but I have played some of my biggest and best concerts in your state, and having witnessed how dynamic the spirit there is, I'm betting emotions are running high right about now.

"All witty barbs, blogs, and fashion policing aside, that girl loves Texas more than you know. It's one of her most defining traits as a person. So please don't try and take that away from her. (You probably wouldn't be able to, but it's less work for all involved.)"

Jessica and John, 30, dated for more than a year before splitting last June. So what prompted him to speak up?

"I just thought it would mean something coming from the guy who has the absolute least to gain from this," he explained. "And if I'm out of line in having written it, too bad. I can spare a Wednesday's worth of bad press if it means sticking up for a good soul."