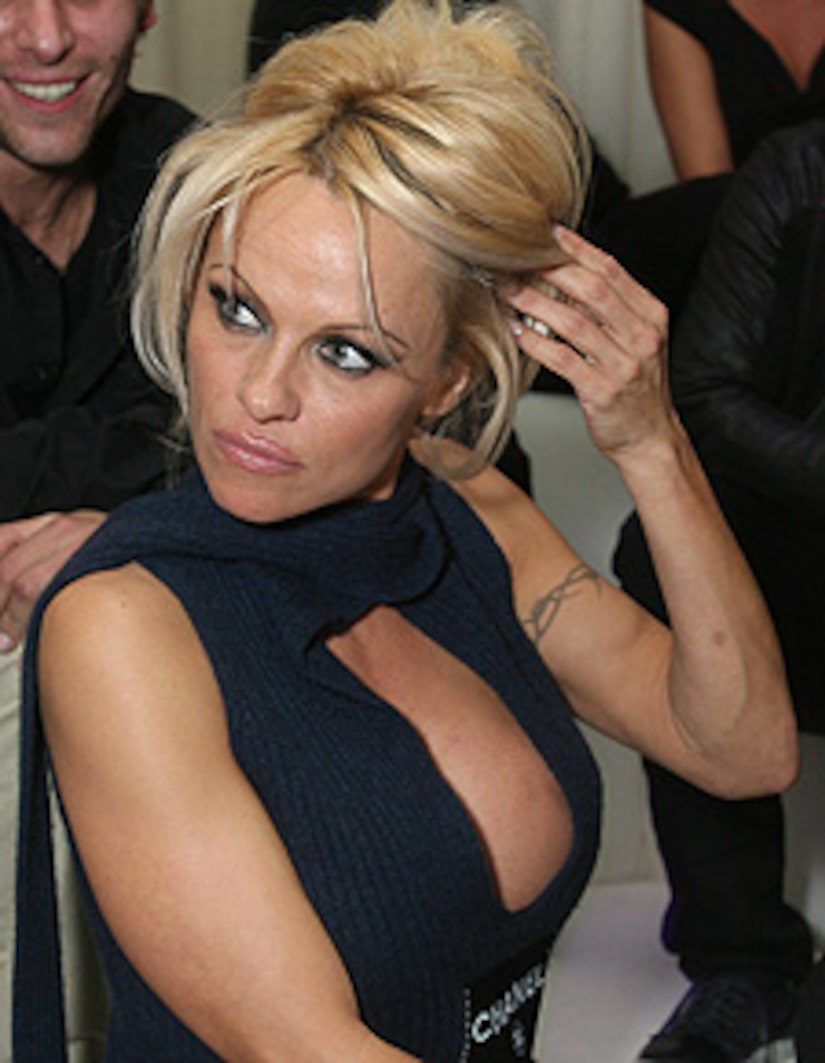 Pamela Anderson is being hit with reports that she's pregnant, but she has a simple response to the rumors: "No."

The "Baywatch" star, 40, posted the answer on her official blog after reports surfaced that she was expecting a baby with husband Rick Salomon, though she filed for divorce last month. The two got hitched in October.

She is reportedly moving forward with the divorce.