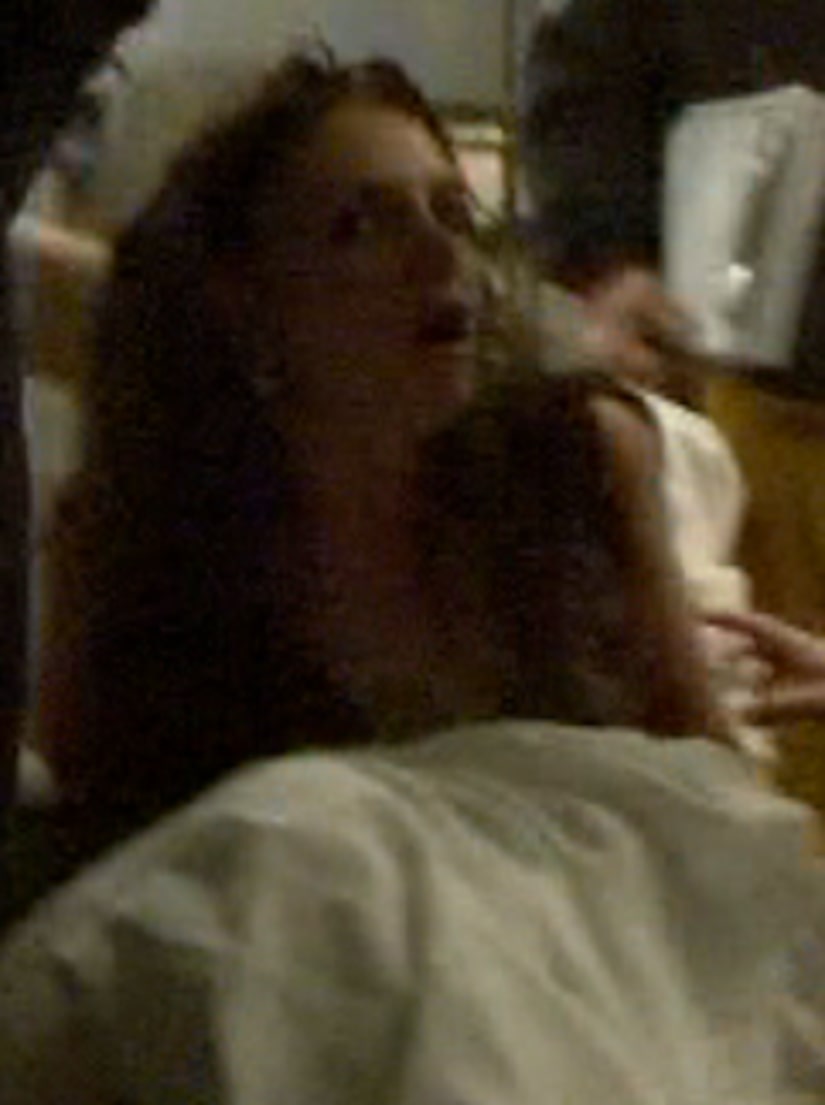 Authorities are saying that Britney Spears has been "taken in for an evaluation" following her hospitalization early this morning. Authorities also noted that no one was injured in what police are describing as a custody dispute, though there are reports that Jayden James was taken to the hospital, as well.

Both Jayden and Sean Preston are now reportedly in Kevin Federline's care. Federline reportedly took both the boys to see Britney at Cedars-Sinai Medical Center.

When Britney refused to relinquish the boys last night, chaos ensued. Police cars, fire trucks, two ambulances and a police helicopter swarmed Brit's Studio City home during the standoff, and video captured Britney being taken into an ambulance on a stretcher.

Police have said she was "under the influence of an unknown substance."