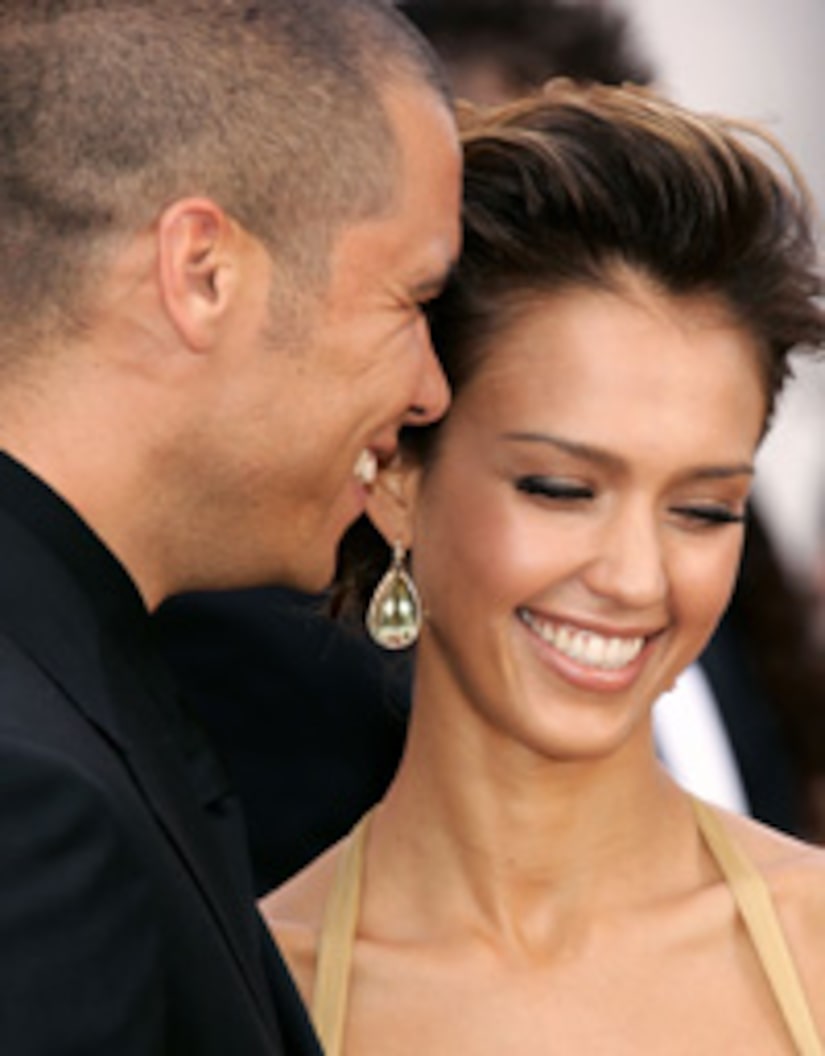 Jessica Alba is engaged to her boyfriend Cash Warren, her rep confirms to "Extra."

Earlier today, "Extra" had obtained new photos of Jessica wearing what appeared to be a diamond engagement ring on her left hand.

Last week, Jessica, 26, announced that she was pregnant with boyfriend Warren's child. Jessica met Warren, 28, on the set of "The Fantastic Four" in 2004.