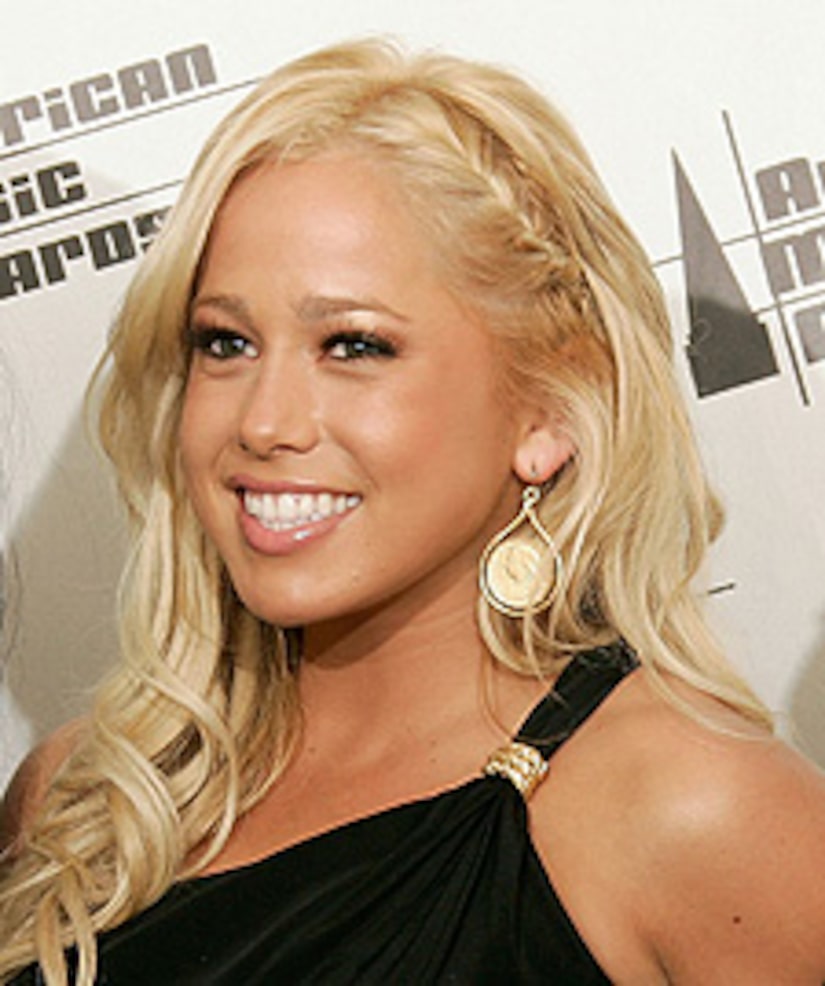 Sabrina Bryan will reportedly return to “Dancing With the Stars” for a special encore performance, just weeks after getting the boot.

The Cheetah Girl, long favored to win the competition, will appear alongside her partner and boyfriend Mark Ballas on Nov. 27. The adorable twosome will make their appearance to promote the “Dancing” tour, which kicks off in December.

After the show, Cameron told “Extra,” “I made it to the top five and I'm really proud.”

He's also proud of the gift his partner Edyta Sliwinska gave him on their final dancing day.

“I wore her socks today!” Cameron admitted. “How often does that happen? You have to be good friends for her to take her socks off her feet and put 'em on mine.”

But it was Karina Smirnoff who really knocked everyone's socks off. The last time she appeared on “Dancing” she had a slightly different look – before she opted for the headline-making plastic surgery seen only on “Extra.”

Karina also did some rumor control for “Extra,” like getting Mark to confess a possible wedding dance with Sabrina.

“We are not getting engaged,” Mark insisted. “That was a joke!”

As for Melanie Brown, what about rumors of a Spice Girls rift?

“No, the press always says a lot of baloney,” she blasted. Turning to her partner Maksim Chmerkovskiy, she said, “He'll tell you – we're like the best of friends.”

With Cameron now out, Helio Castroneves is the last man standing in the semi-finals.

“Extra” had an exclusive sit-down with judge Carrie Ann Inaba backstage, who told us, “I think a lot of women are going to be sad Cameron's gone.”

So does that leave Helio as the female fan favorite?

“He's got the momentum this week,” she said.

The remaining contestants – Mel. B., Jennie Garth, Marie Osmond and Helio – will battle it out next week on ABC.