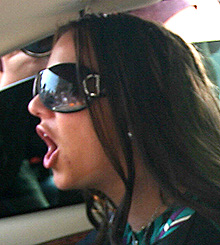 A woman identified as Lisa Hacker spoke before Superior Court Commissioner Scott Gordon, and her testimony was submitted as evidence.

In addition, the documents show that Brit’s attorney filed a motion to change Brit’s court-ordered drug testing, but Kevin Federline’s attorney opposed it. Britney has been ordered to undergo twice-weekly random drug and alcohol testing as part of her ongoing custody battle with K-Fed.

The judge has not made a ruling on that issue, nor did a decision come from Friday’s hearing. A complete ruling is expected sometime today.