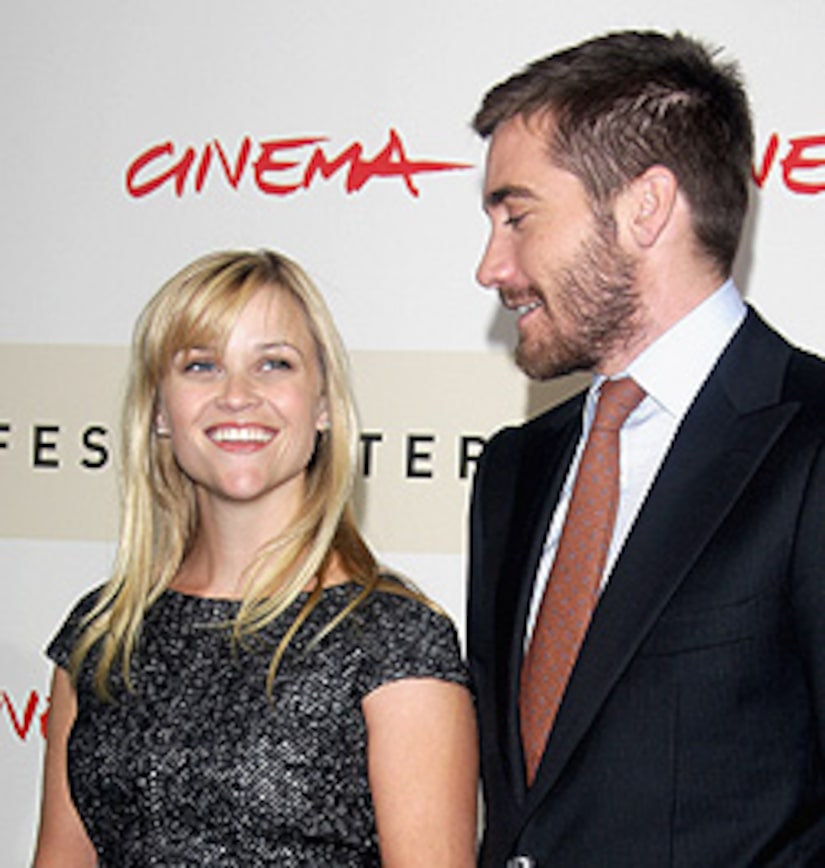 They've insisted they're not a couple for months, but a new report says Reese Witherspoon and Jake Gyllenhaal have gone public with their romance.

Reese, 31, and Jake, 26, were reportedly spotted smooching at Los Angeles International Airport yesterday after flying in from Rome.

So are the “Rendition” co-stars ready to make it official?

Reese is still tight-lipped, but she did tell Ellen DeGeneres for her show today that Jake is “great.”

Rumors that the two are dating were first sparked on the set of their new political thriller, which bombed at the box office this weekend. “Rendition” barely cracked the top 10, making just $4.2 million.