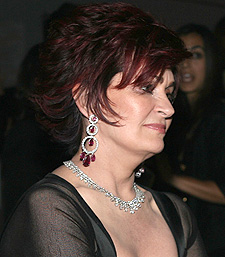 Sharon Osbourne may be done with her hit show “The X-Factor.”

The temperamental judge abruptly left the show on Saturday after she announced she couldn’t choose between the show’s final acts!

“I’m out – gone!” she said during a live broadcast, leading show host Dermot O’Leary to say, “Sharon can't choose between her acts. The final vote will be between three judges, as Sharon has decided to leave."

It’s not clear when Sharon, 55, will return. A spokesman for the show said, “All we can say at this stage is that we're hoping she'll be back for next week."