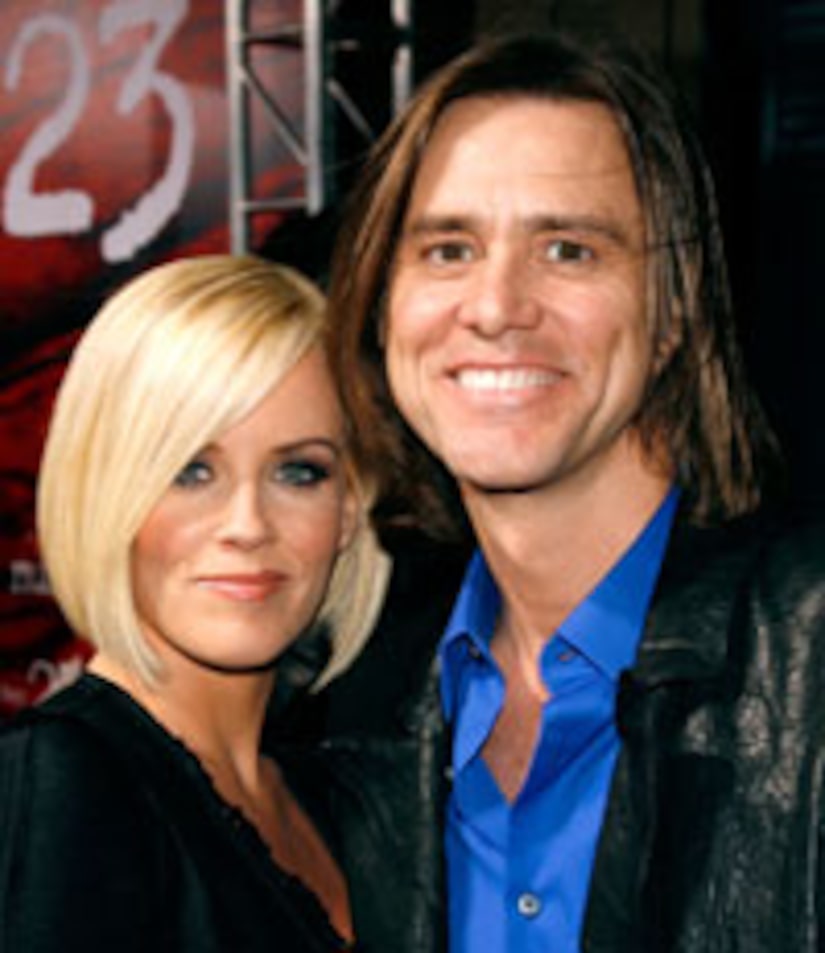 Jenny McCarthy is giving a revealing interview to “Extra,” talking about the two loves of her life: her 5-year-old son Evan and her boyfriend Jim Carrey.

McCarthy's son, who was diagnosed with autism years ago, is the focus of her new book, “Louder Than Words: A Mother's Journey in Healing Autism.”

When asked if Carrey was good with Evan, she said, “Amazing, he's a really great guy. I couldn't have asked for God to bring me a better person in our lives. I think we've come into Jim's life just as wonderfully as he's come into ours… I do care for him a lot and so does Evan.”

So are more kids in the future for the comedy couple?

“I hate saying the word never, because then the universe goes 'oh yeah!' But universe, I choose not to,” she revealed. “I'm happy with my beautiful light ball Evan and my cutie boyfriend Jim. I'm done.”

McCarthy has teamed up with Suave for a new campaign Back to Beauty, which reminds moms to take time out for themselves. Carrey has made sure that McCarthy does just that.

“He's been a preacher of make sure you have plenty of time for yourself and stay healthy,” she said. “Slowing me down and saying time out for Jenny.”