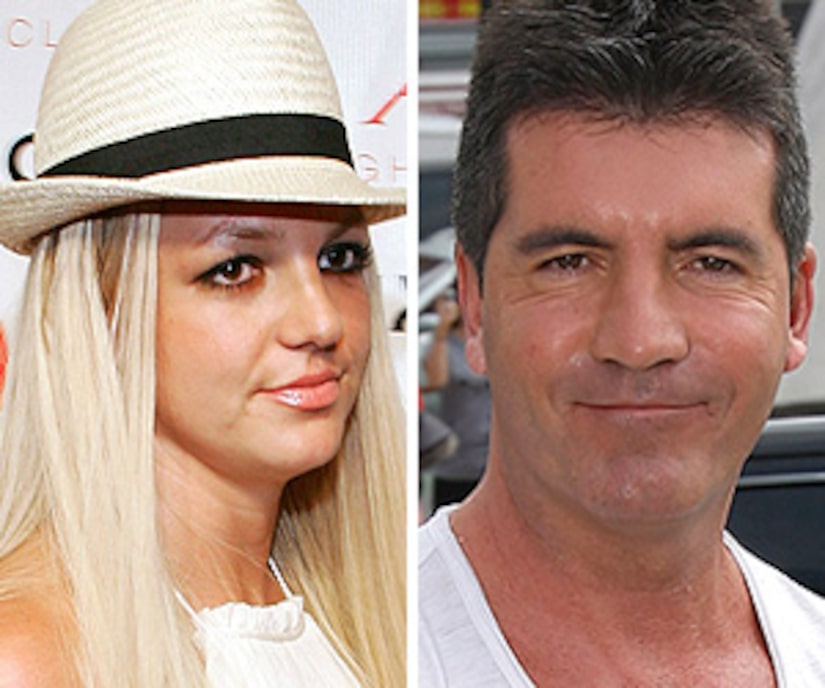 Britney Spears has one unlikely ally in her comeback struggle: Simon Cowell.

Mr. Nasty is telling "Extra" that he actually likes the troubled pop star - and that she might be making all the right moves!

"She's all over the news, she gets more publicity that the entire Hot 100 combined, so maybe she's doing everything right and everyone else is getting it wrong," he confessed to "Extra."

The "American Idol" judge also says folks should cut Britney some slack for what the pop star goes through.

He's shrugging off her bizarre bathroom encounter with a paparazzo this week, in which she invited him inside, saying, "They follow her everywhere, so they might as well go into the loo with her."

He admitted he's standing up for Britney "a little bit," adding, "I actually like her. I think she's interesting."

But there is one thing Simon would change for Britney.

About her single, "Gimme More," Simon quipped, "Change the 'more' to 'less.'"