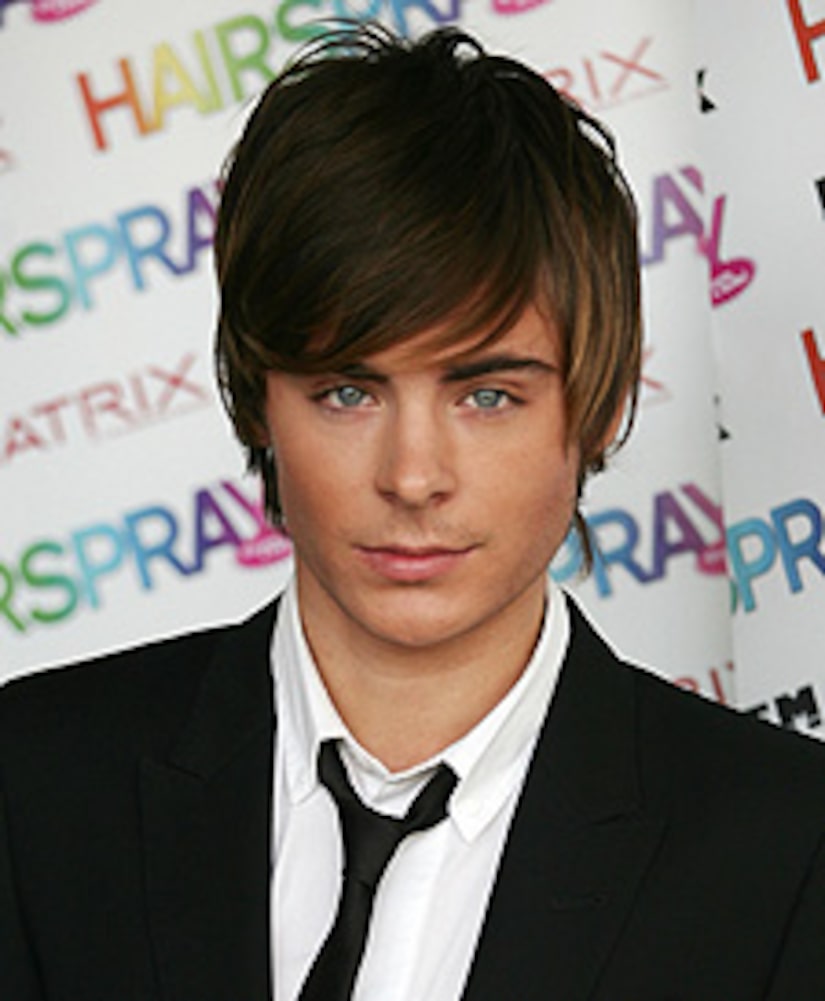 Zac Efron joined hundreds of other eager fans at the midnight unveiling of Halo 3 in Los Angeles last night, where took time away from playing the super-charged video game to give "Extra" the lowdown on "High School Musical: 3."

Has the entire cast signed on for the latest installment of the wildly successful Disney franchise?

"I don't think anyone has officially," he admitted. "At this point, we're not at that stage. I think we have to see a script. We want to do 'High School Musical: 3' but we want to see where our characters end up."

Zac shot to worldwide fame as heartthrob Troy Bolton in the popular series. He is almost instantly recognized wherever he goes, and his role in the summer smash "Hairspray" solidified him as a teen idol.

But is there anyone Zac idolizes?

"I think guys like Al Pacino and George Clooney, those guys," he admitted. "I could name a million of them."