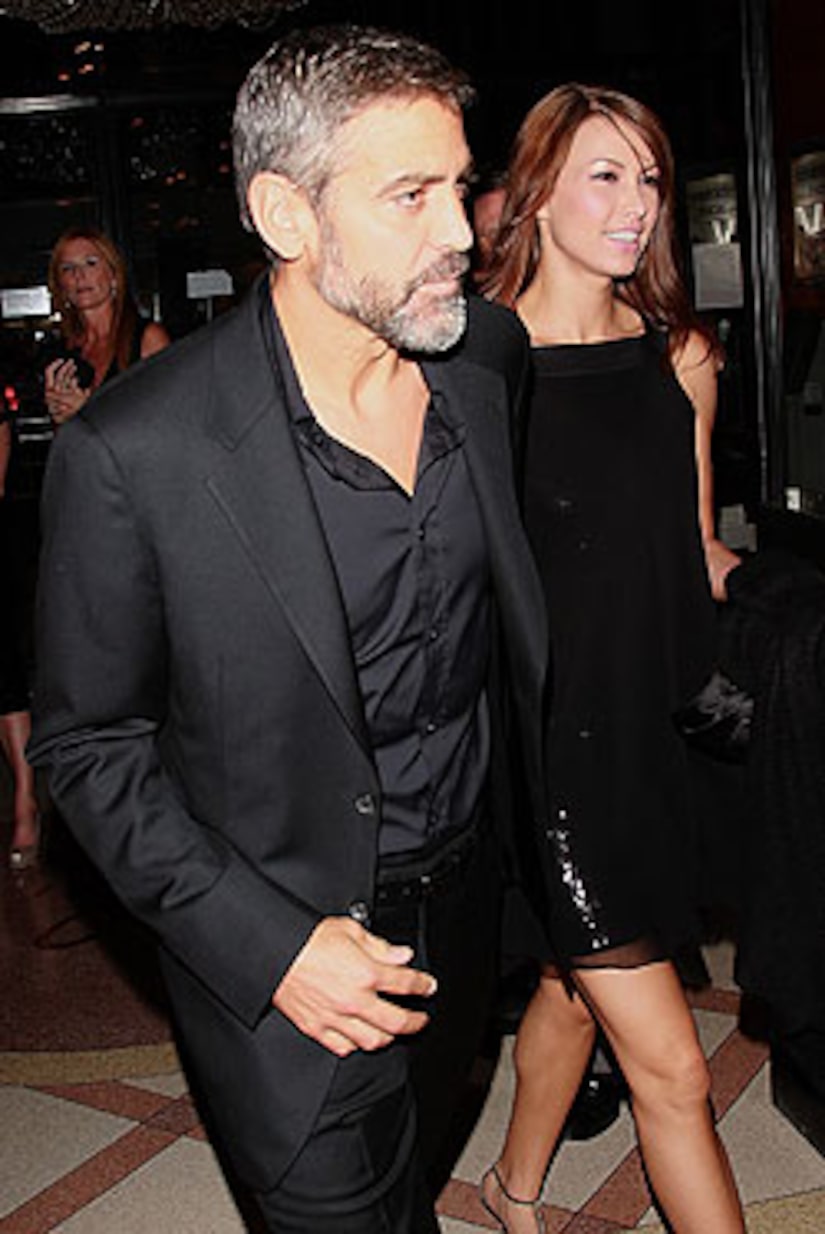 George Clooney and his girlfriend Sarah Larson have been in a motorcycle accident in New Jersey.

His rep has just released the following statement to "Extra":

"George Clooney was involved in a motorcycle accident this afternoon after the bike he was riding was hit by a car. He was treated for a hairline fracture of a rib and road rash at Palisades Medical Center in Palisades, NJ.

Sarah Larson, who was riding on the motorcycle with Clooney, suffered a broken foot.

Clooney and Larson were released shortly after entering the facility."