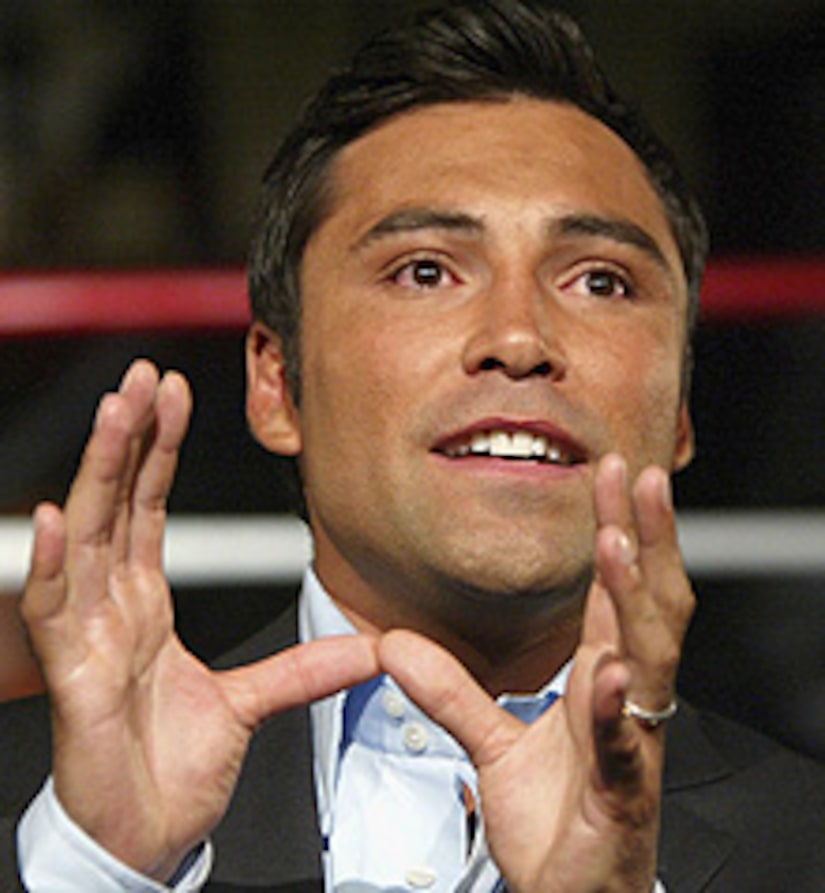 Scandalous pictures have emerged of boxing champ Oscar De La Hoya in fishnet stockings and nine-inch heels - but are they fake?

One photo shows the 34-year-old hunk wearing a wig and posing provocatively in fishnets. Another shows him wearing pink underwear and sporting boxing gloves.

His attorney swears they're doctored.

“The photographs depicting Mr. De La Hoya's image that were posted online today by an obscure paparazzi website are fake,” contends Oscar's lawyer. “Many of the website's viewers (as reflected in postings on the site) identified the photos as a 'really bad Photoshop job.' Unfortunately, with today's technology, anyone can make any photo seem like something other than it is."

Oscar is now reportedly asking that the images be taken down.