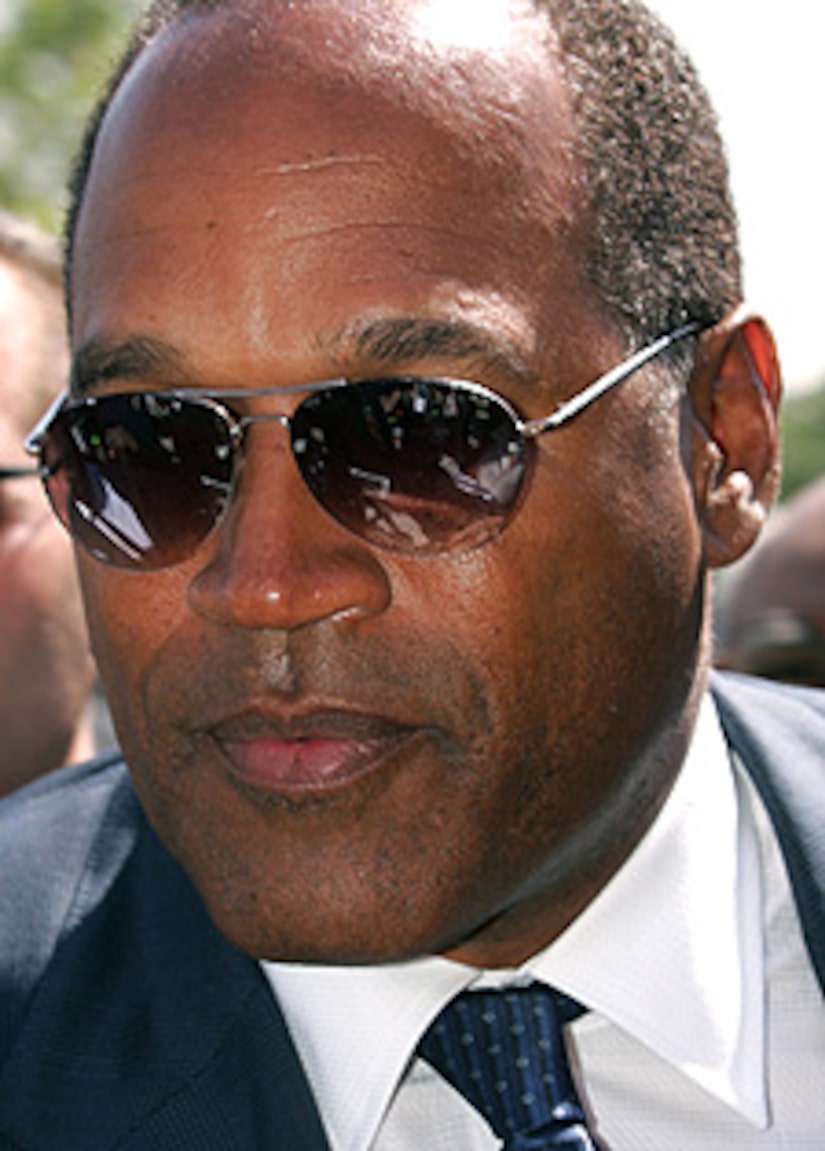 O.J. Simpson will be charged with a total of six counts of robbery, assault, burglary and conspiracy following his arrest in connection with an alleged hotel break-in.

Las Vegas police announced today that Simpson has been booked in a Las Vegas jail and is cooperating with authorities.

The most serious charge – robbery with use of a deadly weapon – could bring a sentence of three to 35 years in prison for each count, an official tells the Associated Press.

Simpson was arrested at 11:00 a.m. this morning on charges related to the armed robbery of sports memorabilia in Las Vegas.

Two weapons have been seized, and police said that as many as six others could face arrest in connection with the alleged robbery.

The arrests stem from an incident last Thursday at the Palace Station casino in Vegas, where Simpson and a group of men reportedly stormed a hotel room and stole sports memorabilia.

Simpson told the AP it was a “sting operation” and he was recovering items that were taken from him.