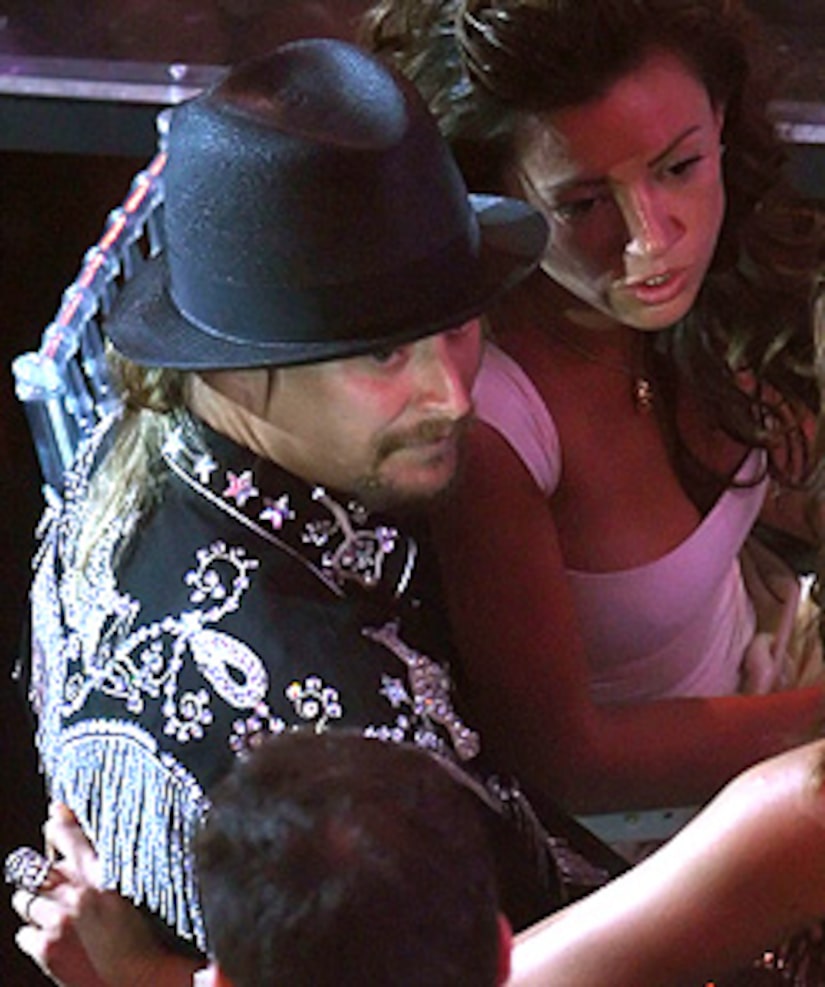 The two, who were both once married to Pamela Anderson, apparently exchanged words and began fighting in the middle of the show.

Kid Rock was able to stay, but Lee was dragged out. The scuffle wasn't broadcast during the show.

No word on what sparked the incident, but police reported to the Palms Casino Resort to interview witnesses.

Jamie Foxx sent a laugh through the crowd when he later joked, “Let's stop all of this white-on-white crime.”

But things have turned serious for Kid Rock, because Las Vegas police have now cited him for misdemeanor battery.

He reportedly must appear in a Vegas court sometime next month.