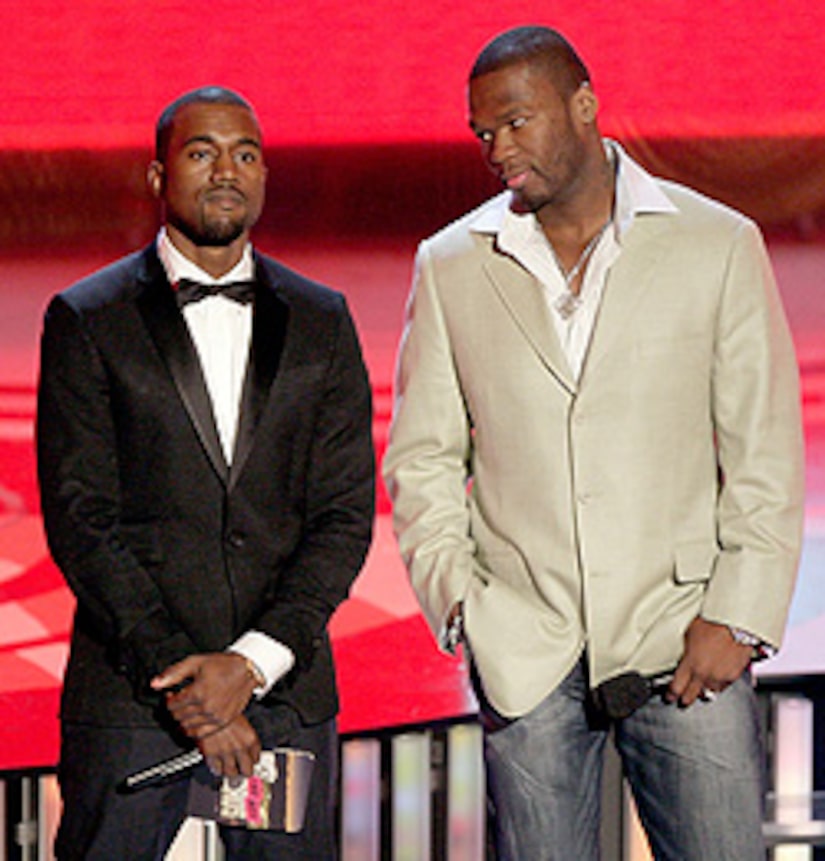 Kanye West is vowing he'll never return to MTV after losing out at the Video Music Awards!

According to the Associated Press, Kanye threw a tantrum in front of a crowd after being shut out of the five categories he was nominated in.

As he waited for an elevator, the rapper reportedly screamed, “That's two years in a row, man ... give a black man a chance.”

Kanye was up for Male Artist of the Year and Quadruple Threat of the Year. He lost both of those to Justin Timberlake. He also lost out on Video of the Year.

The 30-year-old rapper is as well known for his opinions as he is for his music.

Before the show last night, he lashed out at Britney Spears' performance, telling the Associated Press, “I can't believe she would perform. She hasn't had a hit record in years.”

Last year, he crashed the stage at the MTV Europe Awards after losing. He also drew controversy in 2005 when he criticized President Bush during a televised concert for the victims of Hurricane Katrina.