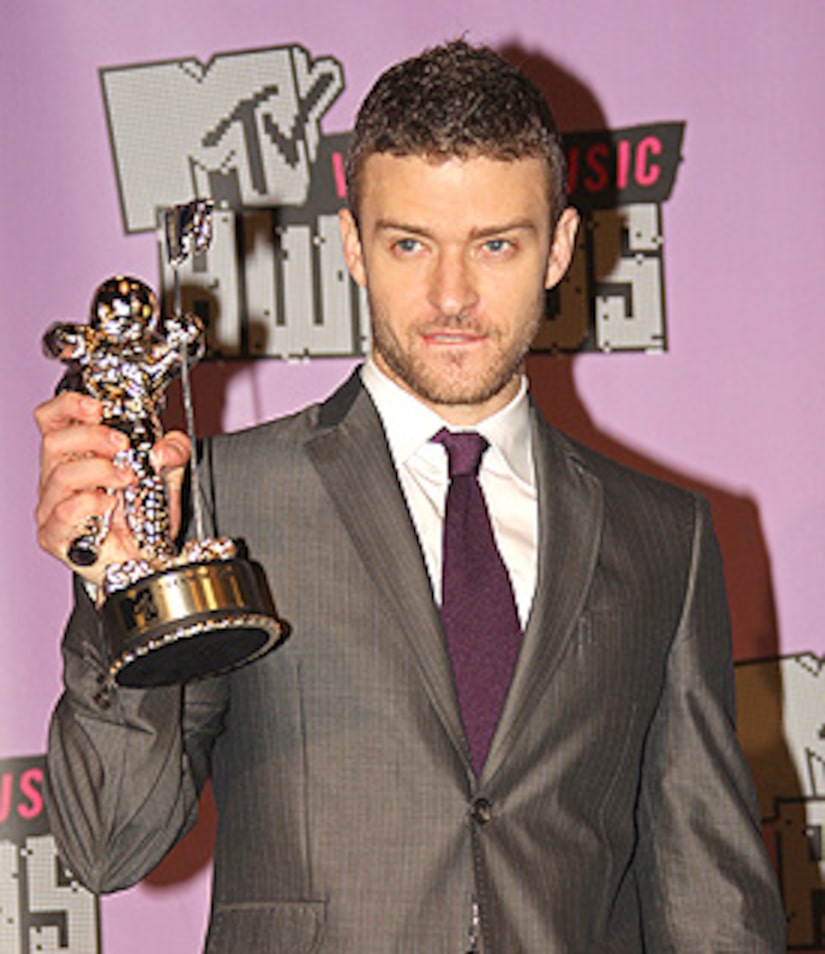 As Britney Spears struggled through her "comeback" performance, her ex, Justin Timberlake, was sweeping the MTV Video Music Awards at the Palms Hotel and Casino in Las Vegas.

Rihanna proved she's a force to be reckoned with on the pop scene after she took home Video of the Year and Monster Single of the Year with "Umbrella." She was nominated for five awards.

Fergie won Female Artist of the Year, but presenter and "Transformers" star Shia LaBeouf took the award in her place. He quipped, "I am gong to take this award then. This is my award. Word."

Amy Winehouse, who burst onto the scene in America with the hit song "Rehab," was nominated for Best New Artist, but she was a no-show. The troubled singer, who has reportedly entered rehab this month, had canceled her appearance.

There were few surprises about who would take home the Moon Men, but MTV tried valiantly to add spice to the show.

The ceremony was revamped with a new format as presenters and performers moved around from various spots in the Palms.

Other performers who took the stage were Alicia Keys, Chris Brown, Foo Fighters and Kanye West.